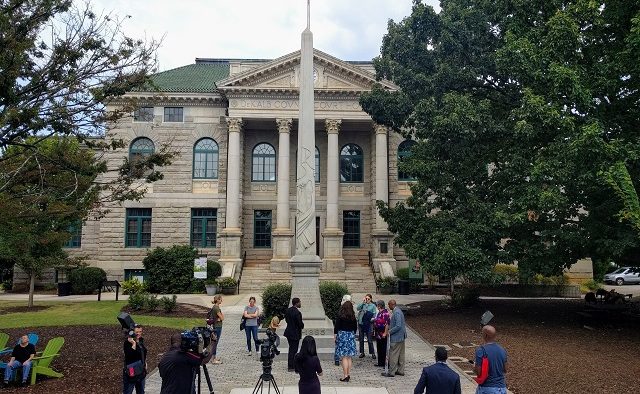 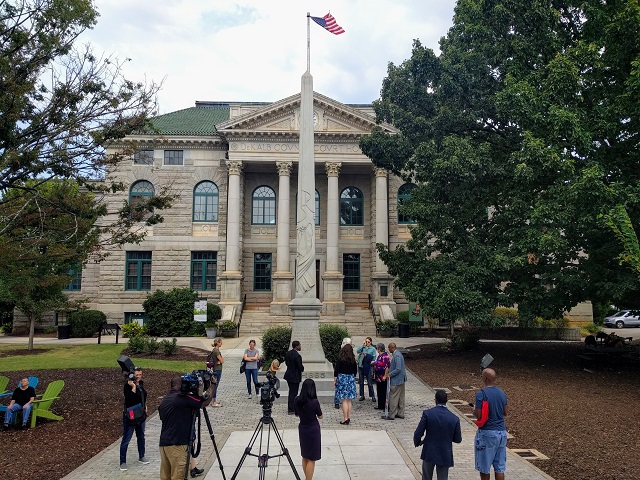 Reporters and activists gather for a press conference about a rally to remove a Confederate monument in the Square. Photo by Dan Whisenhunt

As the great-great grandson of a Confederate soldier who lost a leg in the battle of Chancellorsville, and the fifth generation of my family to live in this area, I write to add my thoughts about the Confederate monument in Decatur. It may be the case that there is no legal way to remove this sculpture to treason in our midst, but there are other ways we can show our disgust with this monument to white supremacy.

One way would be to use immediate area around the monument for a public celebration on the anniversary of Atlanta’s liberation from the Confederacy, which occurred September 2, 1864. We could have a program with speakers and music to honor General James B. McPherson, killed near Decatur, and the soldiers of the Army of the Tennessee, who accepted the surrender of Atlanta and served under the command of William T. Sherman.

These soldiers and their commanders slew the monster of their times, the Southern slavocracy, and made it possible for a mother to raise her own child rather than have it ripped away from her and sold as property. We all, white and black, owe these soldiers and their compatriots a great debt. They got us to a better place, and it is up to us to honor their sacrifice by continuing the struggle to expand the unfinished journey to full democracy.