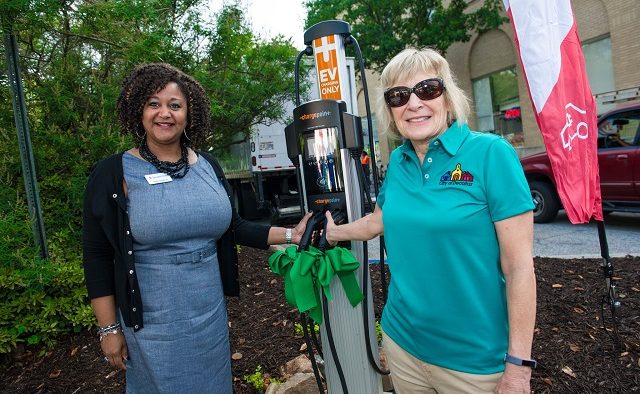 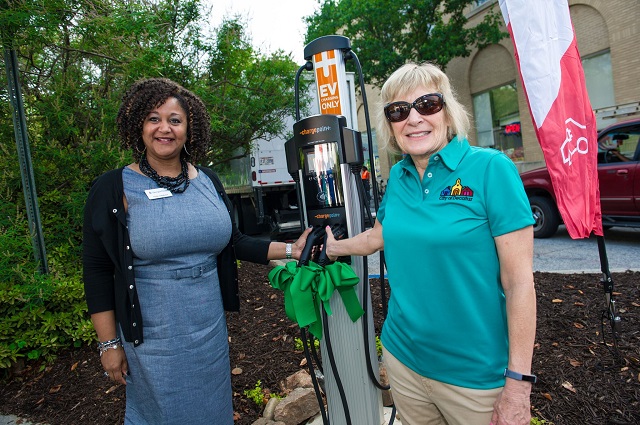 City of Decatur Mayor Patti Garrett and Georgia Power Area Manager Toni Hannah did a ceremonial “plug in” of the electric vehicles to celebrate the opening of the Decatur City Hall’s Georgia Power EV charging stations. Photo provided to Decaturish

The city of Decatur celebrated the opening of its new electric vehicle charging stations with a ceremonial ribbon cutting last Friday, June 29.

City of Decatur Mayor Patti Garrett and Georgia Power Area Manager Toni Hannah joined together with other city leaders to officially “plug in” the stations.

The two level-two charging stations are located in the North McDonough parking loop in downtown Decatur and in the Oakhurst Village. Each station can accommodate two cars with an electric vehicle-only parking spot for each.

For the first year of operation, there will be no cost for charging your vehicle, but vehicles will still be subject to the existing two-hour parking limit and downtown parking fees for the North McDonough station.