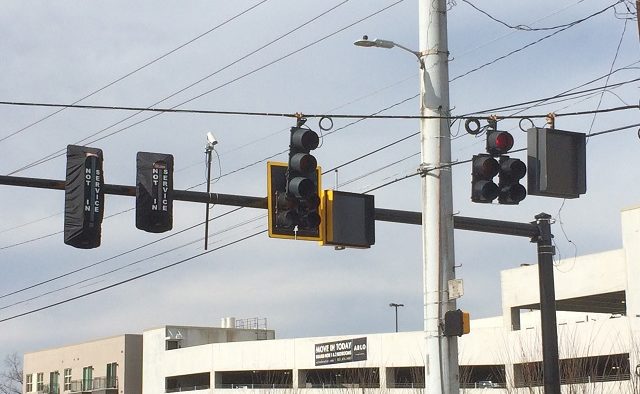 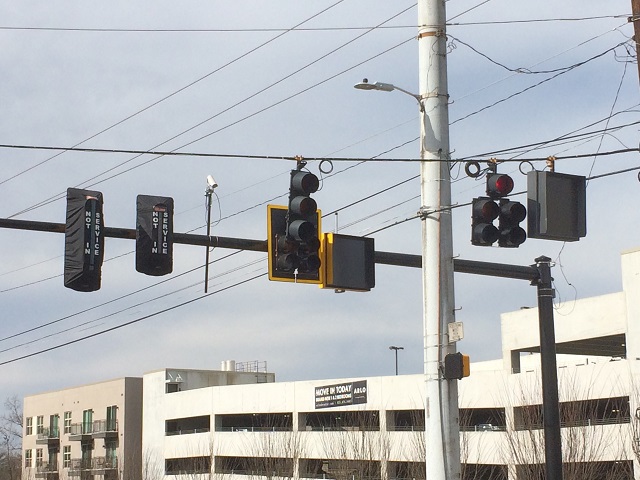 New traffic signals that will allow for protected left turns at the McDonough and Candler railroad crossings in Decatur have been hanging around, in bags, for months.

When Decaturish asked about it in January, Deputy City Manager Hugh Saxon said the city was awaiting the approval of the Georgia Department of Transportation.

Readers keep asking about it.

One reader said, “They still don’t work and they’re still in the way. Is it normal to wait this long for things to get approved? Why didn’t they wait for approval before putting them in?”

Saxon said that GDOT is still behind the hold up, and said the city is awaiting “special equipment” to turn the traffic lights on.

“Late last fall, the Georgia Department of Transportation gave the city permission to install additional protected left turn signals to several legs of the intersections at McDonough and Candler,” he said. “This looks simple but what we actually have at both crossings  is two intersections adjacent to each other that are separated by the railroad tracks. Because there are so many elements at each crossing – regular traffic signals, pedestrian signals, the new left turns,  the railroad pre-emption – some special equipment is required to make it work.”

He said the city expects delivery of the equipment soon.

“The changes to the original signal plans require installation of new advanced traffic controllers (the cabinets that house the technology to run the system) as well as additional signal heads. GDOT is providing the new equipment at no cost to the city,” Saxon said. “The equipment has been ordered and my understanding is that we should expect delivery shortly.  As soon as it is delivered,  it will be installed  as quickly as possible.”

He added, “As I said earlier, the new signals and the additional protected left turns will improve safety and convenience  for pedestrians, bicyclists and motorists. We believe this is worth the extra time required for completion.”