Approximate location where a seven-year-old boy was struck by a vehicle. Source: Google Maps
Share 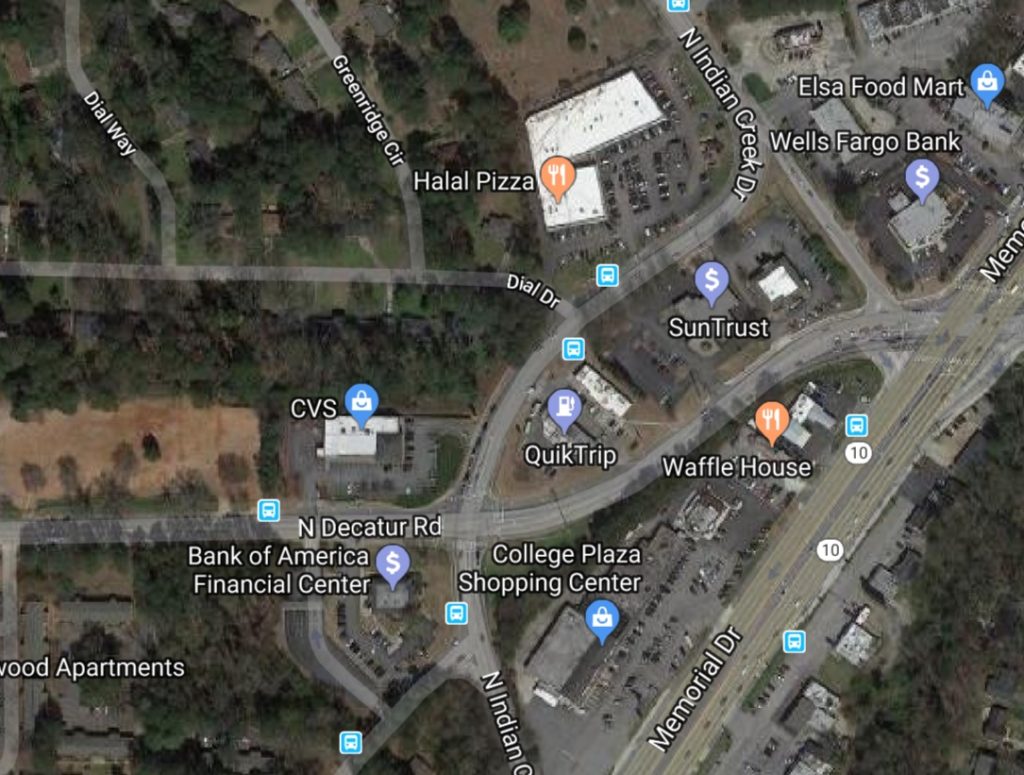 Approximate location where a seven-year-old boy was struck by a vehicle. Source: Google Maps

This story has been updated as of Aug. 15, 2018. The boy died from his injuries. For more information, click here.

A seven-year-old boy was transported to the hospital in critical condition on Tuesday afternoon after he was struck by a vehicle while attempting to cross the street at North Decatur Road at the North Indian Creek intersection.

Police released few details about the incident. It happened around 3 p.m. The child was alone while he was attempting to cross, a police spokesperson said. A driver in a Nissan SUV hit the child on North Decatur Road and remained on the scene, police said.

The child is currently at Children’s Healthcare of Atlanta at Egleston Hospital.

The incident is under investigation. This story will be updated if more details become available.