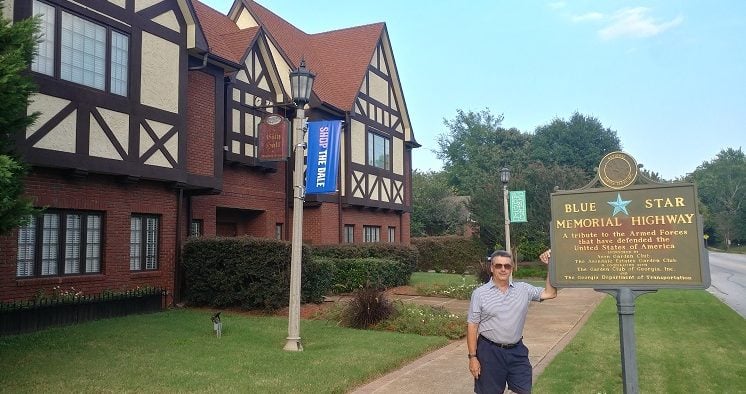 Dear Decaturish, Avondale Residents, and the Avondale Board of Mayor & Commissioners,

I was six-years-old when my family moved to DeKalb from Queens, New York in 1961. Over the past 57 years, we’ve enjoyed being a part of Avondale and several DeKalb communities. This area is home to us and it has been a pleasure helping more than 42 entrepreneurs grow their families, businesses and way of life right here in Avondale Estates.

Sadly, over the years, I have seen many these business owners close their doors because of the lack of local residents and demand. Without enough people living in Avondale, it makes it very difficult for businesses to grow and justify moving here. That said, I believe our city has a very bright future; but only if we create the right conditions for our businesses and community to succeed.

Thankfully, a prospering local economy has been a priority of Mayor Elmore since getting elected in 2016. Mayor Elmore and the rest of the Board of Mayor & Commissioners (BOMC), which includes Mayor Pro Tem  Fisher and Commissioners Laratte, Shortell and Yelton, are committed to getting these critical next steps right for our city.

Over the past 18 months, this commitment attracted Trammell Crow Residential (TCR) to Avondale. TCR’s dedication to quality and their communities have made them one of the largest and most sought after developers in the United States. Since January, many of us have attended meetings as they work with local residents and the BOMC to ensure this development is a timeless and beautiful addition to our city. A couple of weeks ago, Avondale and TCR released an economic analysis that highlights the positive impacts of their development.

If the BOMC votes to approve the project or approve-with-contingency at their public meeting on August 27th, TCR will begin the process of investing $64 million into our city. This will add more than 500 jobs and $75 million in taxable revenues annually for Avondale, DeKalb and Georgia. With these additional resources, it will allow the Mayor and BOMC to make substantial investments into our police department, parks and the city’s infrastructure.

Most importantly, the development will be a big step forward for the East College corridor in Avondale, which has been riddled by a stagnant and vacant landscape for a very long time. Once completed, local businesses like Wild Heaven, Finders Keepers, Pizza Cafe and Skip’s Hot Dogs will have tremendous opportunities to grow, in addition to attracting other businesses that we can enjoy and support.

Regardless of what we decide, it is important that we, as citizens and officials, think about the message our decision will send to others who could enrich our community and city experience. Real estate developers migrate with a herd mentality. They have endless amounts of options as to what Georgia cities they can take their progress and business to. If one of the largest developers in the country cannot get a reasonable project approved, other developers and business owners will avoid Avondale for the foreseeable future.

Many local citizens and entrepreneurs are in favor of a growing and thriving Avondale Estates. Other residents would prefer to continue looking at what has been their city landscape for decades. Mayor Elmore and the Commissioners have an important decision to make at their meeting; a decision that will continue moving us toward a prospering Avondale, or one that will eliminate the largest economic opportunity the city has seen since it was founded, in 1924.

Thank you for reading and thank you, Dan at Decaturish, for editing and publishing these opinion letters for our communities. I encourage all residents and entrepreneurs to express their support to the Board of Mayor & Commissioners by August 26.