Decatur High senior breaks ankle during football game, out for rest of the season

Decatur High senior breaks ankle during football game, out for rest of the season

A victory for the Decatur High football team on Thursday came at a cost.

According to Athletics Director Rodney Thomas, a senior linebacker and wing back broke his ankle during the 17-12 victory over Miller Grove.

“Senior Antonio Kilgore broke his ankle during [the Aug. 23] football game,” Thomas said. “As Antonio was making a tackle, his ankle was caught and twisted in the pile of players. Unfortunately, Antonio will be out for the season.  This is an immense loss for the team as Antonio is an offensive and defensive starter. More so, Antonio is a team leader and probably the heart and soul of the team.” 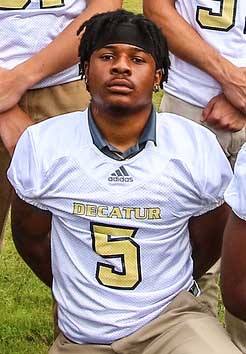