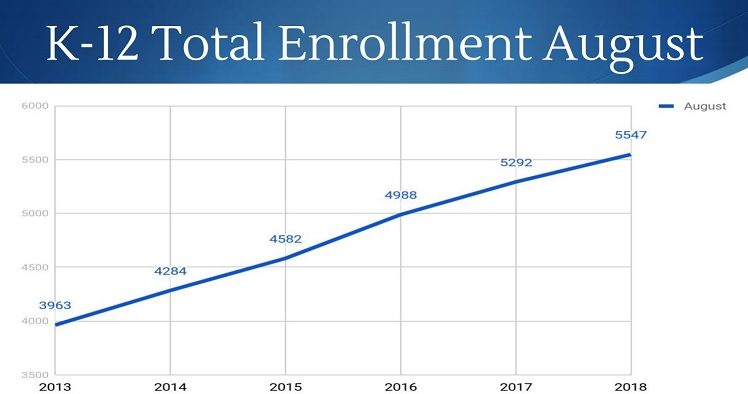 Enrollment for the current School Year was 5,547 as of Aug. 6. Graph obtained via City Schools of Decatur
Share 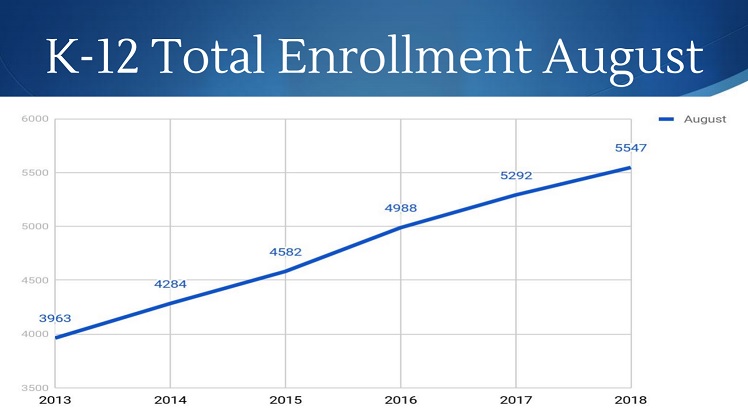 Enrollment for the current School Year was 5,547 as of Aug. 6. Graph obtained via City Schools of Decatur

A report for City Schools of Decatur shows that enrollment for the 2018-2019 school year is still growing but isn’t matching the earlier projection of district officials.

A report produced in June 2018 projected the total CSD enrollment at 5,792 for this school year. That was the district’s projection. Dejong Richter, a firm hired by CSD, was more conservative, estimating 5,671 students would be enrolled this year.

The School Board will review a report at its Aug. 14 meeting showing the current enrollment at 5,547. The district does expect the number to increase after Labor Day.

“The following is a summary of our August enrollment captured on August 6, 2018,” a note attached to the report says. “There are students who have begun the enrollment process that are not included in this count as the process has not yet been completed. Similarly, students who have not shown up on the 10th day of school will be withdrawn for lack of attendance. Additionally, enrollment is ongoing throughout the year. For all these reasons, these numbers are expected to change and should be interpreted with caution. Enrollment is typically captured during the October and March student counts.  The numbers at this time are considered to be more stable and have been the basis of our projection work.”