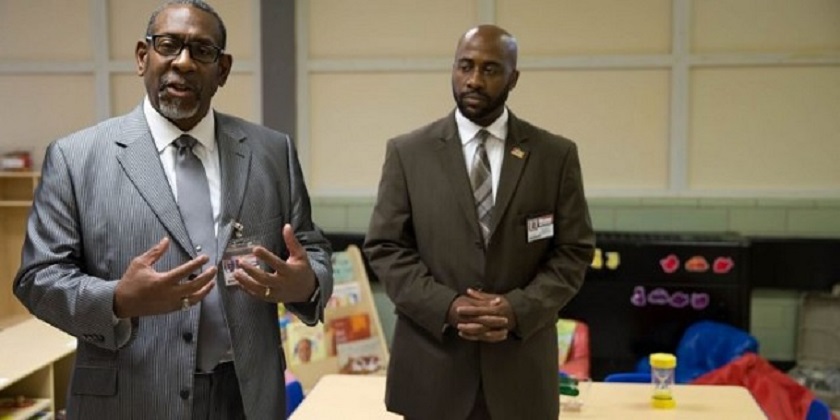 Two hundred 3-year-olds will zip up their backpacks and head to public school this month. The DeKalb County schools will open a school just for them.

The building will eventually serve 3- and 4-year-olds, but it will just enroll 3-year-olds this year.

Green is replicating a model he developed when he was superintendent of the Kansas City, Missouri, schools. He says students who completed that program were ready for kindergarten and had few discipline incidents.

“The outcomes for students — in terms of moving into the traditional school environment — they were ready, and they did well in many areas: literacy, math and mainly in their social-emotional readiness to interact with others in the school environment,” Green says.

Expanding access to early education tends to be a popular idea, especially among advocates.

However, Tatum says, the plan could have unintended consequences.

“Infant/toddler care is very expensive, and many child care programs are only able to provide it because the cost is offset by larger groups of 3- and 4-year-olds,” Tatum says.

So, if a lot of 3- and 4-year-olds go to public school, the cost of infant and toddler care could drastically increase for centers and parents, she says.

“My question would be, ‘Where were those 3-year-olds before, and how does this impact the programs that were serving them, and, in particular, infant/toddler care?’” Tatum says.

Green says that wasn’t a problem in Kansas City, but he admits it could become a concern in DeKalb once the district opens other similar centers.

“An issue that did arise [in Kansas City] was the quality of day care and the need to establish a higher standard of quality,” Green tells WABE in a statement. “I can imagine that this topic (day care quality/cost) will arise here as we continue to roll out this model.”

Some parents are anxious to take advantage of free early education opportunities.

DeKalb School District employee Vincent Dallas came to the campus in person to register his child.

Another issue important to early education advocates is collaboration.

Mindy Binderman is the executive director of the Georgia Early Education Alliance for Ready Students (GEEARS). She says it’s important for the district to develop relationships with other providers in the area.

“The more they can partner with teachers who are teaching kids at 1, 2 and 3 years old, so they understand the expectations DeKalb County has when they get to kindergarten, the better off they all are,” Binderman says.

The district didn’t say whether it has collaborated with other child care centers. However, Green says, DeKalb has partnered with local agencies to offer wraparound services for families.

“[The] Atlanta Food Bank, YMCA, Big Brothers Big Sisters, those organizations and others have pledged themselves to set up shop here as a satellite office to serve the families of the students,” he says.

In a statement to WABE, the school system says: “For years, the DeKalb County School District has offered programs of choice to its stakeholders. The Early Learning Center is the latest program that will provide a high-quality option to parents in DeKalb County. There are hundreds of parents who are searching for quality programs for their young children. We want to be an option for parents, and don’t consider ourselves to be in direct competition with other programs in the county.”

Marietta City Schools will open an Early Learning Center for 4-year-olds in August. It will serve 100 students through the state’s lottery-funded pre-K program.

What DeKalb’s Early Learning Center Will Do

What It Won’t Do