Girls are joining the ranks of the Decatur Boy Scouts

Girls are joining the ranks of the Decatur Boy Scouts 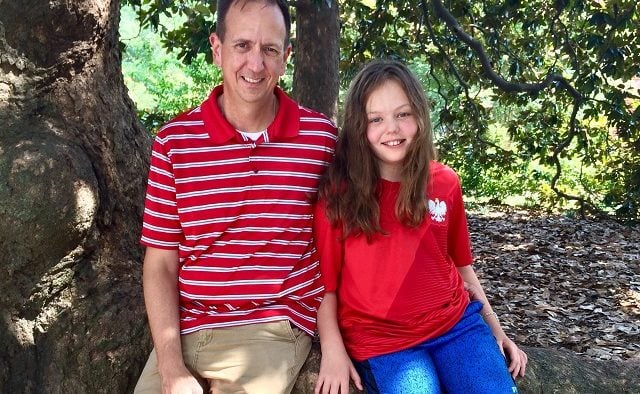 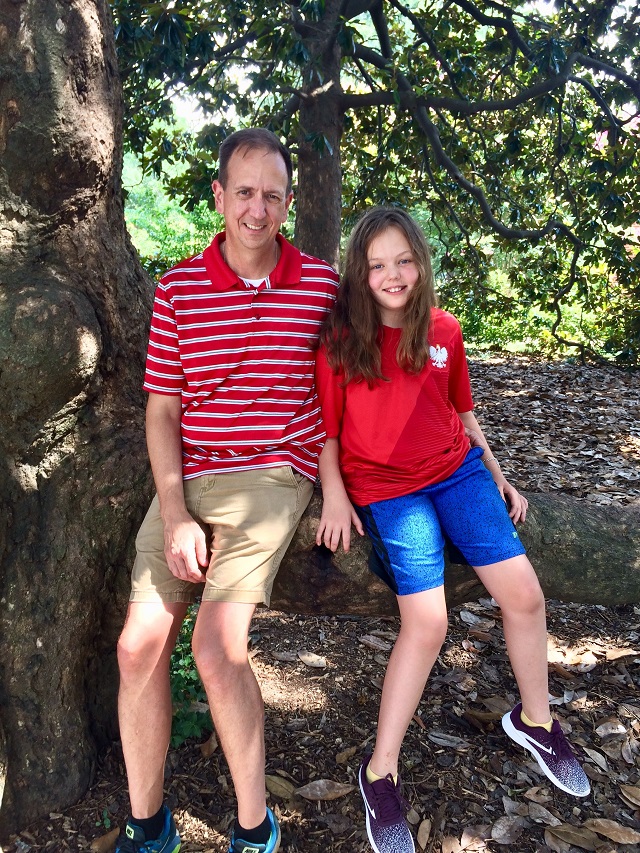 Rob Spears is father to a fifth grader named Dorothy, who will be joining Webelos den for fifth and sixth grade girls in Pack 134. Photo provided to Decaturish

With the Boy Scouts of America national decision to incorporate girls into their ranks, Decatur’s cub scout packs are hopping on board.

Juliana McGauley is 5 years old and “so ready” to join Cub Scouts alongside her soccer teammates, Adlai, Quin, and Henry. She has a love for camping, outdoor activities, and just doing what her peers do.

“I like Cub Scouts and I wanted to keep doing the same things that my boy cousins and friends do, and I want to earn the same badges as they do,” she said.

She will be joining Pack 175, and she has the goal to work her way all the way through the program.

“I want to be an Eagle Scout someday because I want to show my sisters, who will be in Girl Scouts, what I can do and how I can help them and others,” she said.

The national decision to move towards “Family Scouting” left it up to each Boy Scouts group to decide for themselves whether to invite girls from their community join.

But as leader of Pack 175, Dave Leonard said, “We selfishly feel that Decatur is a great place for this change to happen. It’s cool that a liberal zip code like Decatur really has embraced Scouting.”

“I think Decatur has always been a pioneer for inclusivity, so we’ve always welcomed all families, regardless of background, sexual orientation, national origin – it’s one of the reasons I bought a house here,” she said.

Pack 134 had the same response.

“We have had overwhelmingly positive responses since announcing the new opportunity for girls in Cub Scouts,” leader of Pack 134, Tom Atkinson said. “Many sisters and their friends of current cub scouts will now have the chance to formally participate and proudly wear the Cub Scout uniform, rather than tag along with their family members.”

All of which is in the spirit of the Boy Scouts of America’s new initiative tagline: “Scout Me In.”

“I love this concept,” Tottenham said. “All are welcome, and it speaks to what the Decatur community is all about.”

Tottenham’s father, grandfather, and cousins were all Eagle Scouts. Her father, Terry Tottenham was involved in the national change of BSA’s policy and is “very excited” to open it up to girls.

The changes also make it easier for families to spend time together.

Leonard is a father to two boys, a third grader in Pack 175, and a seventh grader who recently graduated out of Pack 175 for Cub Scouts into Boy Scouts’ Troop 175.

“I run my kids around to all this stuff, and we have seen, in our pack, siblings be present in our activities,” Leonard said. “Family time and the logistics is at a premium. It’s just a way of acknowledging that you’ve been participating in the pack, but now you’re a member.”

With the growing demographic of young families in Decatur, there’s high demand for Cub Scouts to start even younger.

As of this year, both Pack 175 and 134 are introducing Lions Den, a new Scouts program for kindergarteners interested in getting involved with Cub Scouts a year earlier.

Pack 175 and Pack 134 have several kindergarteners and their parents eager to jump into Scouting – especially for the young ones who have older siblings already involved.

One of Tottenham’s boys is joining Lions Den this year, and she is excited to see her youngest get to go through Scouts.

“I’m really excited to be a part of this new wave of Scouting,” Tottenham said. “For me, personally, I’ve experienced how Scouting has really transformed my son’s life. The spirit of our pack is all are welcome, and Scouting is just a great thing to expose their kids to.”

Another mom involved in Pack 175, Kim Ritger thinks that the transition to “Family Scouting” has fine-tuned BSA’s mission to make an inclusive and family-oriented curriculum.

“Moms, dads, sisters, grandparents are all involved to support and make the pack run,” she said. “As it was prior to the formal addition of girls, families were always invited on trips with the pack, and there have always been girls at events and meetings. Why not let them participate in the curriculum as well?”

Ritger is a mom to four children – one son and three daughters. Her son is going on his third year in Pack 175, and she said that her son’s time in Scouting has been “such a formative experience.”

While girls are invited to join Decatur’s Packs now, Ritger’s girls are currently happily involved in Girl Scouts. The option has allowed their family to consider moving them into Pack 175, but “they are eager to continue with their daisy troops” for now.

Leonard also made an important distinction that girls who are happy with Girl Scout troops shouldn’t leave Girl Scouts.

As someone who grew up a Girl Scout, Dana feels the same way.

“I think it’s about whatever’s the best fit for that child and family,” she said. “For families in Decatur, especially those that are trying to raise both girls and boys, Family Scouting allows them to spend those Sunday afternoons together, rather than dividing time between Girl and Boy Scouts.”

Many girls who have already shown interest in Decatur’s packs are younger siblings to older brothers in Scouts, and who are present at activities and events with their families.

“From the girls and parents we have heard from, they observed their brothers learning to hike, camp, fish, build a pinewood derby car, use a pocket knife safely, build campfires safely, and tie knots,” Atkinson said. “The interested families want to give their daughters these opportunities, and with more frequency than perhaps offered with other programs.”

Sarah Winget, has a son in Pack 175, and a daughter interested in joining her brother. She will be a part of brownies and cub scouts this year to choose which one she prefers.

“My niece in the UK has been doing the UK version of cub scouts, while her big sister has been doing the UK version of girl scouts. They went to the program that suited their personalities and interests best,” Winget said. “Having girls accepted into Boy Scouts ensures that the focus is on the child enjoying activities of their choice, rather than what gender they are.”

Rob Spears is father to a fifth grader named Dorothy, who will be joining Webelos den for fifth and sixth grade girls in Pack 134. They’re both very excited for her to join Scouts this year.

“She’s always been interested in my experiences in Scouting,” Spears said. “I hope that Dorothy embraces Scouting. As for her experiences, I am looking forward to her learning the things that Scouting teaches – the practical and the habits of mind – and to her having her own adventure. There is nothing like being 14 and going camping with your friends.”

For Dorothy and her peers in Webelos den, they could be some of the first girls to become Eagle Scouts.