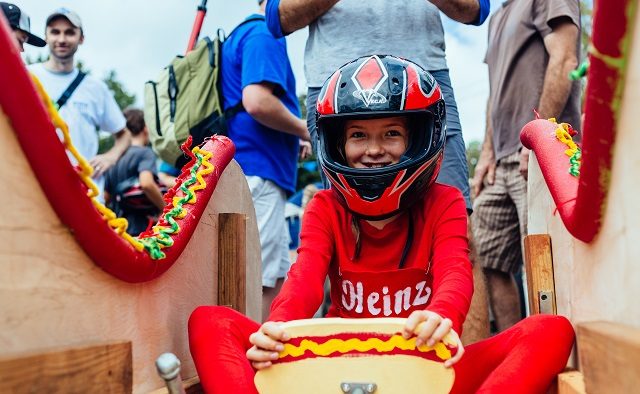 Nola Setser, 10, of Winona Park,dressed as a bottle of ketchup. Nola and her hot-dog styled derby car finished the course in 20 seconds. File photo from 2017
Share 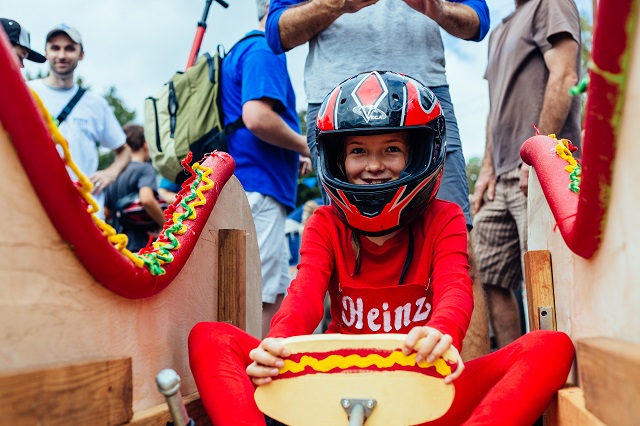 Nola Setser, 10, of Winona Park,dressed as a bottle of ketchup. Nola and her hot-dog styled derby car finished the course in 20 seconds. File photo from 2017

Registration is now open for the eighth annual Madison Avenue Soapbox Derby, which is coming up on Saturday, Oct. 6.

Every year, the Soapbox Derby donates 98 percent of its funds raised to local organizations. According to a press release from the derby’s organizers, the event has raised around $130 thousand for local charities over its seven-year history.

This year’s derby will benefit both the Decatur Education Foundation’s (DEF) “Lighten the Load” initiative to combat food insecurity and the City Schools of Decatur Special Education Parent-Teacher Association (SEPTA).

With spots for about 100 racers, the derby will feature divisions for younger children, older children and “really old children,” the release said.

The competition includes awards for fastest times and also most creative car themes.

Register online and get details on how to make your race car here.

Additionally, “Tony Powers and his team at ACE Hardware make an excellent resource for help with parts and advice,” the release said.

Those who want to get involved but don’t want to compete are invited to spread the word, donate online or volunteer on race day.