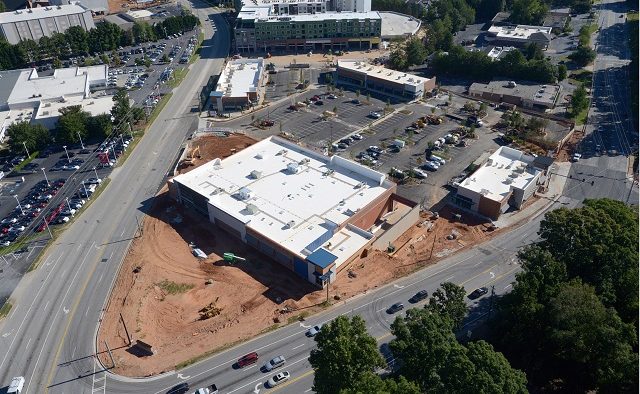 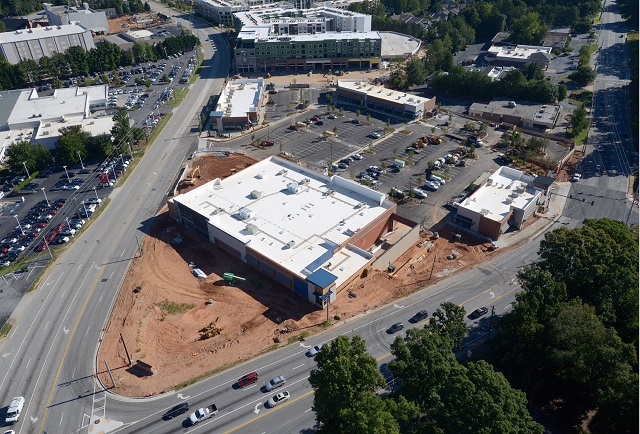 Curry Up Now, a San Francisco-based fast casual restaurant serving up Indian Street Food, has confirmed it will be a tenant at North Decatur Square.

The development will be anchored by a Whole Foods 365 store and the developer announced Monday that some of its shops already are open for business.

Curry Up Now says the Decatur store will be its first in the Atlanta area.

“Founded in 2009 by husband and wife duo, Akash and Rana Kapoor, and Senior VP of Operations and Co-Founder Amir Hosseini, Curry Up Now takes traditional Indian flavors and presents them in a friendly, recognizable format,” a press release from the company says. “Their menu fan-favorites include the iconic Tikka Masala Burrito, Deconstructed Samosa, Sexy Fries, and Naughty Naan; traditional items such as Kathi Rolls, Biryani, and Thali Platters; and Indian street food offerings like Pani Puri, Marwari Kachori Chaat, Bhel Puri, and Papdi Chaat. Not only does the menu feature innovative dishes, but the concept prides itself on offering all-natural, never frozen, gluten-free curries, chutneys and sauces; cage-free eggs; local, organic produce and dairy products; and protein options that are halal, naturally raised, and free of antibiotics and hormones.”

It is projected to open by the spring or summer of 2019. Tomorrow’s News Today first reported that Curry Up Now would be opening at this location.

People who want to check out the new shopping center can visit two businesses that opened this month.

Other merchants opening in the shopping center are:

“We are thrilled to be fully leased at this centrally located retail hub in North Decatur,” Justin Latone, director of leasing at S.J. Collins Enterprises, said in the press release. “When planning this center, we held hundreds of community and stakeholder meetings so we could incorporate what the neighborhood wanted to see here. We look forward to this diverse mix of merchants opening their doors as well as the residential component across the street and the pocket park behind the 365 by Whole Foods Market.”

In addition to the businesses, the shopping center will have wide sidewalks, a community gathering space, pocket parks, multi-use trails, wi-fi throughout and an acre of open space. There will be a four-story apartment community with space for 450 residents.

In a recent press release, Whole Foods said it expects the 365 store to open later this year.