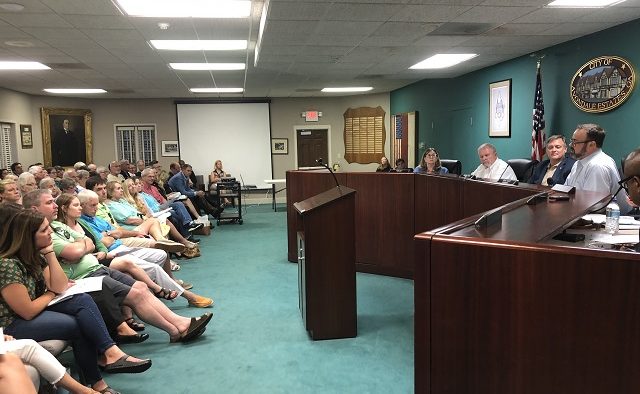 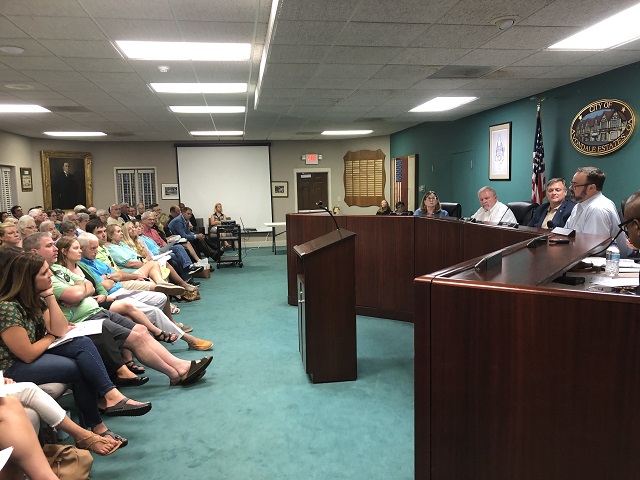 We write in response to your coverage of the meetings in Avondale Estates on August 30th at which “the Avondale Board of Mayor and Commissioners…voted 4-1 in favor of rezoning the city to allow Trammell Crow Residential to develop a new mixed use project.” The article gives an incomplete picture of the controversy around the proposed development and fails to report on matters that should be of wide public concern.

The article notes that opposition to this project is grounded in the conviction that all developers should comply with city ordinances and our master plan for the holistic development of the Central Business District. But there is more: questions about the financial and planning implications of allowing TCR to build a massive apartment complex with very little commercial space in our downtown have never been answered. Despite repeated requests, the Board of Mayor and Commissioners [BOMC] has not generated even a basic cost-benefit analysis of this project for the city but continues to rely on financial analyses provided by the developer. In failing to make clear the reasons for widespread concern about the significance of this decision for Avondale’s future finances as well as appearance, Decaturish does its readers a real disservice.

Legal experts have also underlined the undesirable implications of allowing an apartment complex with a design that departs so drastically from the city’s ordinances and master plan. Many real estate and legal professionals think that the density of this development will effectively redefine highest and best use in Avondale and set a precedent for future proposals. Those objections should have been reported. If these experts are correct in their assessment of the implications of this overlay for the largest landholder in the city, Avila, it will undermine the community’s vision for Avondale’s future downtown.

Significantly, the article also fails to mention the fact that Avondale’s Architectural Review Board (5-0) and Planning and Zoning Board (4-1) both voted against the developer’s proposal. For all but one of the citizen experts in architecture, design, and real estate who sit on these two boards, discrepancies between Trammell Crow’s proposal and the vision embodied in the city’s standing laws and guidelines were too great. These experts and professionals recommended going back to the table with the developer to get a better plan, and citizens who opposed proceeding last night agreed, asking the BOMC to heed the decisions of their own Boards and negotiate a better deal for the city.

In this context it is worth noting that the public process of evaluation began not, as reported, 18 months ago, but rather in February. One might hope that Decaturish would probe the meaning of the claim that discussions had been going for that long, particularly as it was made by the son of the owner of the blighted property in question. It would at any rate be worth asking why the BOMC used an agreement between Trammell Crow and the property owner with a purchase deadline of September 1—a contract that the city was not a party to—as a justification to proceed as they did.

Most importantly, the article omits any discussion of matters that should be of concern to everyone who cares about democratic process: the extremely troubling flouting of legal procedure that occurred on August 30th.

There were actually two meetings that Thursday night. First, at a Public Hearing, the Board of Mayor and Commissioners [BOMC] considered the proposed overlay for the Trammell Crow project—that is, the zoning change that will enable the developer to create an apartment complex that is, as everyone agrees, far out of line with our zoning code (which allows a maximum density of 40 units per acre) as well as with guidelines, especially concerning scale, in our master plan. This discussion was based on a new proposal that had been submitted, contrary to every established procedure, that very afternoon, and which the public, and even BOMC members, had had no opportunity to review in advance of the hearing.

At the following Regular Meeting, after approving the rezoning and the associated (freshly revised) development agreement, the members of the BOMC, acting as the Board of Appeals,  overruled the August 6th decision of the Architectural Review Board. That decision had denied Trammell Crow a Certificate of Appropriateness that, according to our statutes, is necessary before any proposed construction can begin.

During the Appeal hearing, all but one BOMC member repeatedly expressed support for a design proposal that they had just approved for rezoning—even though this evidence was legally inadmissible in the matter before the Board. That same majority also failed in their obligation to discuss the relevant evidence before them in considering the appeal. During public comment, citizens with legal expertise raised grave concerns about these and other apparent violations of established law and procedure.

Yet Decaturish omits all mention of the many concerns raised by citizens about arbitrary decision-making, failure to follow ordinances and procedures, and what appears to be confusion concerning the nature of representative democracy among a majority of BOMC members.

As a matter of principle and precedent, it is unwise and dangerous for our city for the BOMC to override a decision of the ARB and disregard the recommendation of the PZB in this way. Setting aside the serious, substantive input from citizen boards undermines faith in democratic process. It also creates the impression—both on the part of developers and citizens—that our ordinances and master plan do not really matter. Those who applauded these outcomes on August 30th should also be very concerned by these actions. The form taken by these decisions and the disregard of process and precedent should give every citizen pause.

Whatever the plusses and minuses of this development, the consequences of overthrowing our city’s established ordinances, plans, and procedures are ultimately even greater. The missteps made at these meetings go to the heart of the sanctity of our form of governance. Decaturish should have attempted to convey the extremely troubling disregard of laws and democratic procedure that occurred in Avondale on August 30th.