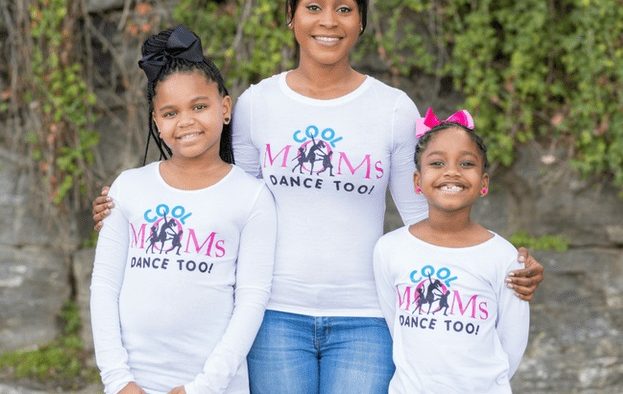 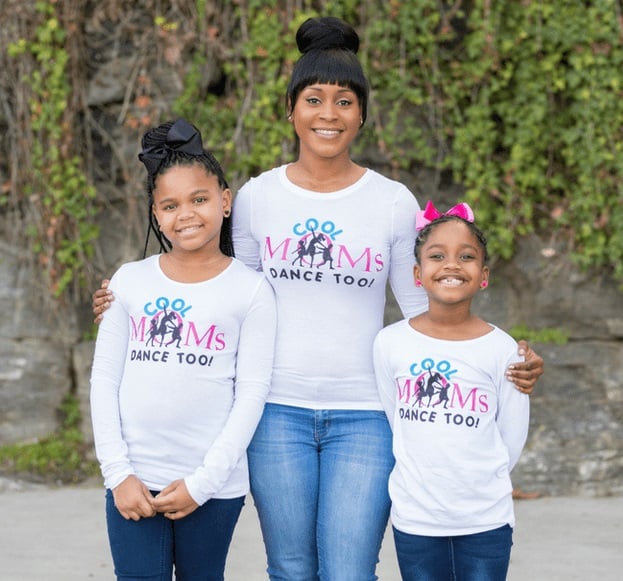 When Quyionah Wingfield and her two daughters, Jaira Jazzelle and Serenity Marie, lost Wingfield’s husband to suicide in 2013, their lives changed forever.

“I was overwhelmed with life as a single parent, which caused me to experience issues with overworking and my weight, as well as my relationship with my daughters,” Wingfield said.

One day, the girls, who were enrolled in a dance class at the time, came home from school, and Wingfield decided to dance with them.

“We turned on some good music, some hip-hop and Beyonce and other stuff we liked, and just started having fun dancing together,” she said. “It was the first major change in our relationship since their dad passed away.”

After that, the three began to dance together regularly, so much that it “became [their] therapy,” according to Wingfield. She and her daughters began to communicate more and talk about their grief and other issues they were having.

Wingfield decided to transform her experience into something bigger, a program called Cool Moms Dance Too.

Cool Moms Dance Too is a weekly dance class that takes place at Core Dance Studio in downtown Decatur. While the program was initially aimed at mother-daughter partners, all pairs are welcome.

“The program is open to everyone – dads and sons, caregivers and uncles and godparents, anyone with a school-aged partner,” Wingfield said. “Being in the program can help you take a new look at your own relationship with kids, regardless of who you are.”

For Wingfield, involving her daughters in the business was crucial to create an authentic experience that appeals to kids, too. She involves the girls in every business decision she makes.

Jaira and Serenity Marie, now 11 and 9, have enjoyed being a part of the program.

“We dance to all types of music, and when we do, it creates a certain bond that is unbreakable,” Jaira said.

This year Cool Moms Dance Too was selected for Emory University’s business accelerator program called Start: ME, sponsored through the Goizueta Business School.

Start:ME provided Cool Moms Dance Too with mentorship, training and a $5,000 grant, but it also provided a new community through which the program could develop.

“It wasn’t just about the money, but instead the community and the mentorship that was helpful,” Wingfield said. “It helped us develop the class, the teacher certification and our marketing and production, too.”

Currently, most classes will have as many as 20 people each week, but Cool Moms Dance Too has reached thousands more through outreach programs and networks, according to Wingfield.

As a dance class, Cool Moms Dance Too promotes physical training and health, but it also serves as an individualized form of therapy.

“One thing that makes us special as a dance class is that we have a part of our class called dance expression, where we integrate dance movement therapy in order to address the individual needs of people through dance,” Wingfield said.

Ultimately, Wingfield hopes people will use the dance program as a way to have fun while also improving their overall well-being, especially now, during National Suicide Awareness Month.

“I want other people to feel as good as I felt through building relationships and breaking down barriers, whether it’s with yourself or your kids,” she said. “Cool Moms Dance Too provides a lighter way to address some heavy issues that we might otherwise not look at.”

To sign-up for CMDT classes or to learn more, go here.