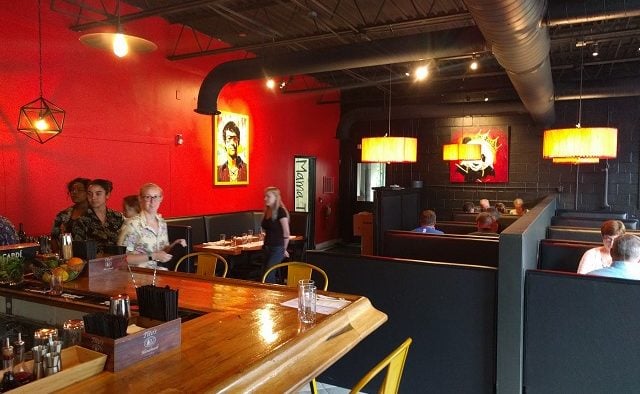 The inside of Double Dragon in Oakhurst. Photo by Dan Whisenhunt
Share 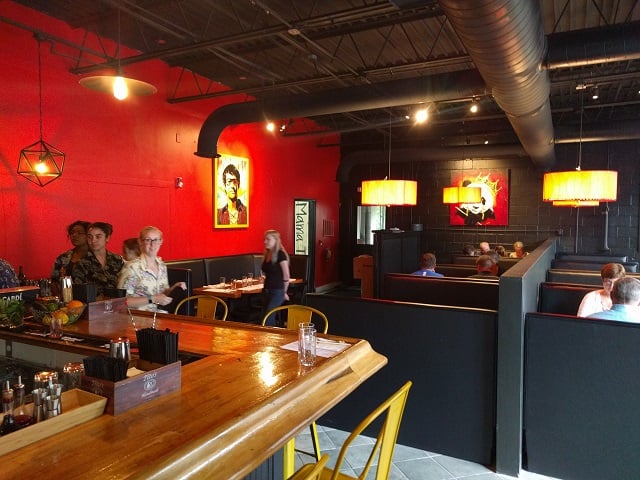 The inside of Double Dragon in Oakhurst. Photo by Dan Whisenhunt

The owners of the Double Dragon Chinese restaurant in Oakhurst are pushing the reset button and reopening as Son of a Bear, Korean Tavern and Soju Den.

“Michael Lo & George Yu, the owners of Korean Wives Hospitality Group have brought on Jinkuk (Jay) Lee as the executive chef of Son of a Bear,” the announcement from the company says. “Jay started cooking in Seoul over a decade ago, before attending Culinary School in Utah where he later worked at both Asian and European restaurants including the St Regis in Park City. Jay was most recently the executive chef of Breakers Korean BBQ in Duluth.”

The announcement explains the meaning behind the name “Son of a Bear.”

“Son of a Bear is named after Danjun the legendary founder of the first Korean Kingdom who was the ‘grandson of heaven’ and ‘son of a bear.’ The restaurant and bar will serve Korean small plates, fried chicken, and mains entrees like kalbi jjim, and grilled squid,” the announcement says. “All of the food is meant to pair well with the Korean inspired bar which will serve up Korean and local beers, Makgeolli — a fermented rice wine — regular  soju, as well as soju cocktails mixed with fruits and yogurts.”

Lo and Yu said, “(Chef) Jay is super talented and experienced having cooked in both Korea and the U.S. He’ll lead the charge in our mission to bring delicious, spicy and flavor packed Korean food and drinks intown. Son of a Bear will serve super tasty version of traditional dishes like bulgogi and bo ssam but we’ll also play with more modern Korean concoctions like Budae Jjigae, aka Army Stew, Kimchi Fried Rice Balls and Cheesy Corn Dogs. It’s the fun and additive street food that’s young people in Seoul are enjoying after a big fun night out.”

It’ll be the second Korean restaurant to open in Decatur this year.  D92, a Korean BBQ restaurant, recently opened in  in the Arlo mixed-use development across from Kimball House in Decatur. The restaurant is owned by James Kim, owner of 9292 Korean BBQ in Duluth.

His daughter, Scarlett Kim, previously told Decaturish the restaurant is a little different than the family’s Duluth restaurant because it will cater to people who are not necessarily looking for the traditional Korean BBQ experience.

“In Duluth we have a lot of family style options,” she told Decaturish last year. “It’s not your typical experience where you come in get your order eat and leave. You have a table top grill. The servers will help you grill your meat or you can grill your meat. Here we’re going to go with smaller portions so it’s more accessible to a larger base of customers. You don’t have to come in with a party and make it a long experience.”