The CEO of DeKalb County is proposing a 4 percent across the board pay increase for public safety employees.

The total value of the increase is $7.1 million, according to the county. If approved by the County Commission, it would become effective next month.

“DeKalb County is committed to ensuring that our community is safe,” CEO Mike Thurmond said in the press release. “The county is taking a holistic approach to increase compensation for the men and women that play a critical role in protecting and serving DeKalb.”

The commission could vote on the proposal as early as Oct. 23.

In response to a request from Decaturish, the county provided information about the salaries of police and fire employees and how they would be affected by the pay increase. 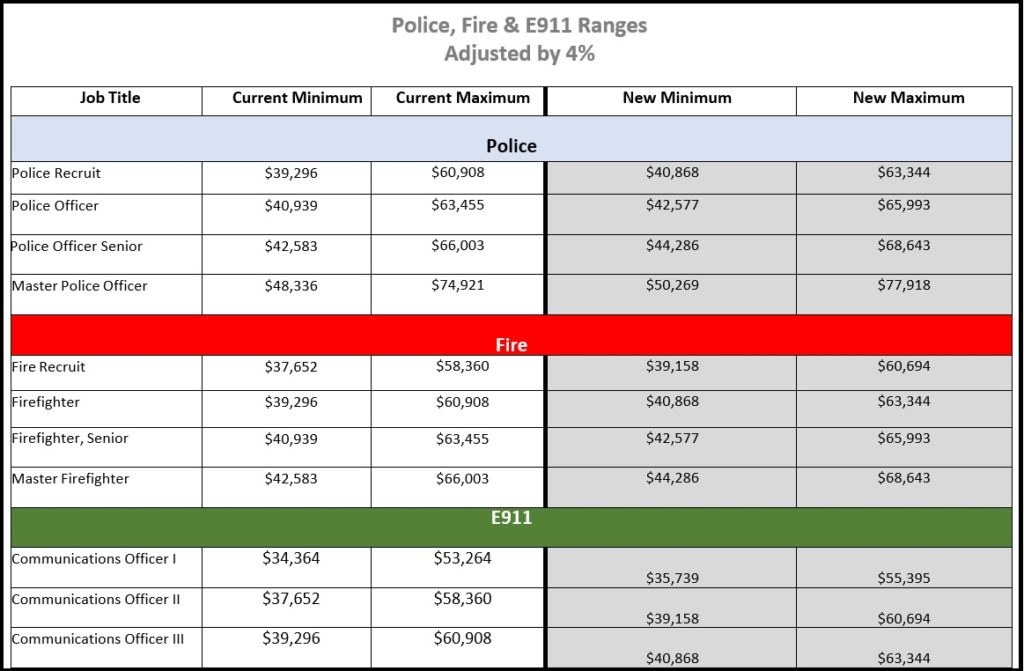