Friends stunned after murder of landscaper, arrest of his wife on drug trafficking charges

Friends stunned after murder of landscaper, arrest of his wife on drug trafficking charges 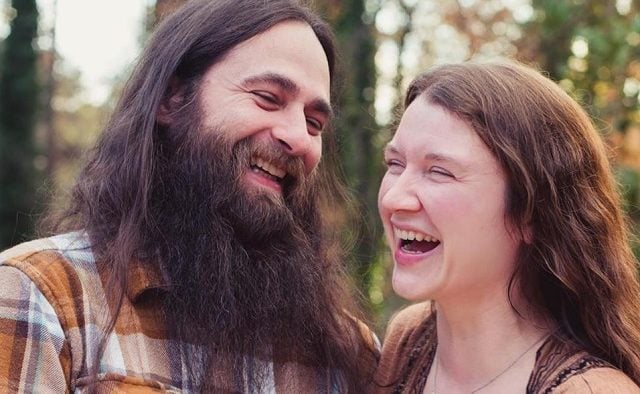 Teddy Mierzwa and wife Gracie Beavers were known as a kind, intelligent and peaceful couple who went out of their way to help others.

He ran a landscaping company, Garden Gnomes, and was horticulturalist with a degree from the University of Georgia. She was a professor at Georgia State University, with a doctorate in psychology, but a friend said she had recently taken leave for medical reasons.

They were considered a perfect match.

“You could tell they were in love with each other,” their friend Diana Soliwon said. “He adored Gracie. She adored Teddy.”

On Sunday, Sept. 30, their happy life together ended.

According to a police report, around 2 a.m. Sunday morning, Beavers was on the patio smoking a cigarette. She was nodding off when two men – one described as a black male, 6 feet 4 inches tall with a thin build, long dreaded hair, wearing all black, and the other described only as a young black male wearing all black – entered the back yard.

She told police she wrestled with one of the suspects, while the other suspect went inside the home at 1360 McLendon Drive in greater Decatur. A few seconds later she heard a gun shot. Both suspects fled the scene on foot. The other suspect is accused of shooting Mierzwa in the chest. He was transported to the hospital, but died as a result of the wound.

According to a copy of the arrest warrant obtained by Decaturish, officers say they found 30 pounds of packaged marijuana in multiple shipping boxes addressed to Beavers from a location in Colorado.

Police say Mierzwa’s death was caused by a “drug-related robbery.”

That discovery led to Beavers’ arrest on trafficking charges on the night her husband died. She remains in jail without bond and it is not known whether she will be out in time to attend her husband’s funeral.

Their friends said the news of Mierzwa’s murder and Beavers’ arrest left them stunned.

The two were considered upstanding citizens. They were pacifists. Gracie loved her dogs Jelly Bean, Jackson, Harvey and Gozer. They did a blanket drive to help the homeless over the holidays.

“Their reputation in the community is educated, caring, benevolent, and kind people,” their friend Molly Parmer said.

“He was a friend to everyone,” she said.

The friends have established a Go Fund Me for Mierzwa’s funeral and Beavers’ legal defense. As of Thursday evening, the account had raised more than $17,000.