Frustration about traffic on South Candler Street puts pressure on the city, GDOT

Frustration about traffic on South Candler Street puts pressure on the city, GDOT 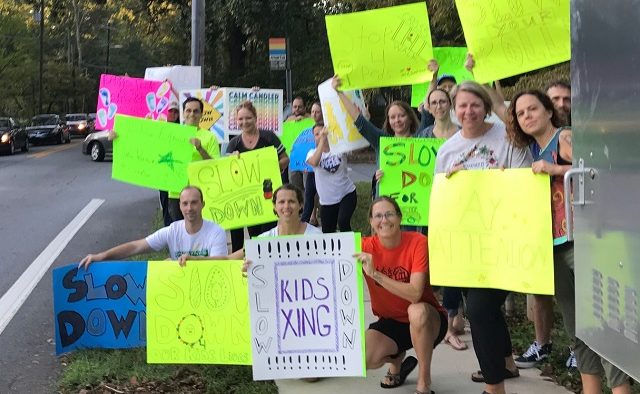 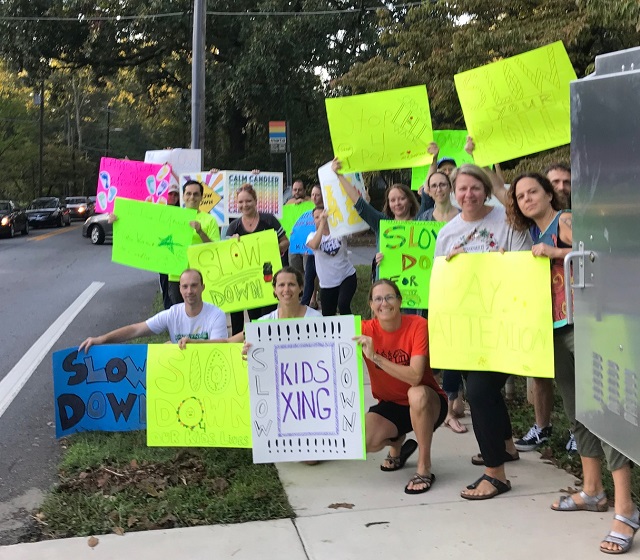 Photo from the Oct. 3 rally held by Calm Candler. Photo provided to Decaturish

A series of high profile incidents on South Candler Street has put pressure on the city and the Georgia Department of Transportation to do more to address safety in the area.

South Candler Street is a state route, which limits the city’s ability to calm traffic along the road.

Not all of the incidents were related to the conditions of the road itself. There was a murder on South Candler at Midway Road in June and last month there was a fatal accident on Midway Road at South Candler caused a driver who was allegedly intoxicated.

Two other accidents are ones the Calm Candler Facebook group has highlighted as evidence the road has problems that need to be addressed. A Sept. 25 accident happened in the 700 block of South Candler Street and was caused by a red car slamming into a postal truck that was stopped to deliver mail. The truck was shoved over the sidewalk on the other side of the street. Children were waking home from school at the time.

The Calm Candler group held a rally on Oct. 3 urging drivers to slow down along the busy street.

“We have called upon the city and the Georgia Department of Transportation many times to address the dangerous conditions,” the group said in a press release following the rally. “Although they have responded by making some changes, including adding an improved crossing and moving another crossing, these improvements do not address the core problem on Candler Street: a culture of speeding and dangerous driving.

“The posted speed limit is 35 mph, which is too high for a road that borders so many schools and has so many children walking each day along and across it. But the problem is even deeper. Georgia law stipulates that courts cannot consider citations for speeding unless the motorist is clocked traveling at least ten miles per hour above the posted limit. An exception to this law is made when the roadway in question is designated as a ‘residential street.’ South Candler Street is not so designated. This means that the effective enforceable speed limit on Candler Street is 45 mph. GDOT data show that more than one driver out of seven drives 40 mph or above along Candler Street. Studies have shown that the fatality rate of people struck by cars traveling at 40 mph is 85 percent, and that’s for adults.”

The group says calls to have South Candler designated as a residential street have been “rebuffed.”

“Neighbors are deeply frustrated, and we are calling upon the city and the GDOT to act once and for all to bring safe conditions to Candler Street,” the group said. “Neighbors have plans to launch a new petition drive and to hold more rallies.”

The city says it has undertaken several projects to improve the safety of the road, including:

“On-going efforts include working with Agnes Scott College and the surrounding neighborhood on improvements to the crosswalk nearest the Agnes Scott College parking lot off of South Candler Street,” City Manager Peggy Merriss said. “Proposals have been issued to select an engineering firm to assist with developing options and potential improvements to present to GDOT. We continue to encourage GDOT to conduct a transportation audit of the South Candler Street corridor as they continue to evaluate ways to improve safety throughout corridor.”

Merriss said the Police Department has issued over 560 traffic citation on the road.

“We take traffic enforcement very seriously and have been diligent with efforts throughout the city,” she said.

Merriss says the city is pursuing other options to calm the road that haven’t been approved by GDOT. Those options include:

– Creation of a Residential Speed Zone. That is not permitted because the posted speed limit is greater than 30 mph.

Merriss said, “We will continue to work with, and push, the Georgia Department of Transportation for additional traffic control improvements.”