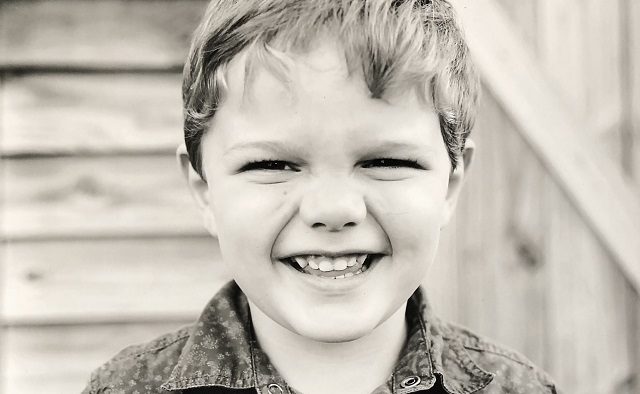 From the Jenness family:

Miles Jon Jenness, age 5, died September 29, 2018. He succumbed to injuries sustained when our car was violently struck by another car two days before, a block from his house, on the way home from an after school program with his dad.

His too-short life was full of love, fun, and popsicles. Miles was, according to those who knew him, “lightning in a jar” and a “total goofball.” He was smart, kind, and thoughtful (he often started sentences with “Well, my thoughts are telling me…”).

Born in Seattle, Wash., he moved to Decatur, Ga., before his third birthday and was a proud graduate of Montessori Academy in Decatur, where he reported that he “played hard work” every day. He had just started kindergarten at Winnona Park, was very excited to be part of the WP community, and was doing really well with his Book in a Bag reading homework.

He loved people and any activity that would let him interact with them more, whether that be chatting people up in line at the grocery store or sitting in our front lawn until anyone walked by to talk to. He had instant-soulmate connections with his cousins, Mason, Anaxander, Elliott, Sage, Calliope, and Amelia. His likes included playing, dancing, Slip-n-Slide with neighborhood friends, cartoons, puzzles, “Project Runway,” “The Great British Baking Show,” shrimp, smoked salmon, popsicles, traveling, and Star Wars, but he was “pretty much into cooler things now” like Pokémon and The Avengers.

He wanted to be a writer, a teacher, and a Star Wars knower when he grew up. According to his kindergarten feelings book, he was happiest when he was going to the McKoy Park pool with his Daddo. A total Mama’s Boy, Miles was his mama’s number-one helper and the love of her life.

He is survived by way too many people much older than him, including his Mama and Daddo (Leah and Sam Jenness); his Yam and Papou (Beth and Jon Tracosas); his Grandma and Grandpa (Elizabeth Maclean and John Jenness); his Lilla and Uncle (Willa and Evan Hughes); his two cats (Marvin and Gracie); and his family and friends everywhere, from Decatur, Ga., to Seattle, Maine, New York, California, Boston, Minnesota, Arizona, and even Norway and beyond.

Funeral visitation will be Saturday, October 6, from 1 p.m.–4 p.m. at A.S. Turner & Sons (2773 North Decatur Road Decatur, GA 30033). We want to invite any and all people in our community to put some joy back into the world with us at a Popsicle Pokémon Dance Party Celebration of Miles’s life on Oct. 6 from 4:30 p.m.–7:30 p.m., at McKoy Park (1000 Adams Street, Decatur, GA). Donations in Miles’s memory can be made to the schools he was so proud to be a student at: Montessori Academy (https://www.scottmontessoriacademy.com) and Winnona Park Elementary School (decatureducationfoundation.org/miles).

His mother, Leah, said, “Thank you for the incredible outpouring of support from the Decatur community. We are so grateful.”