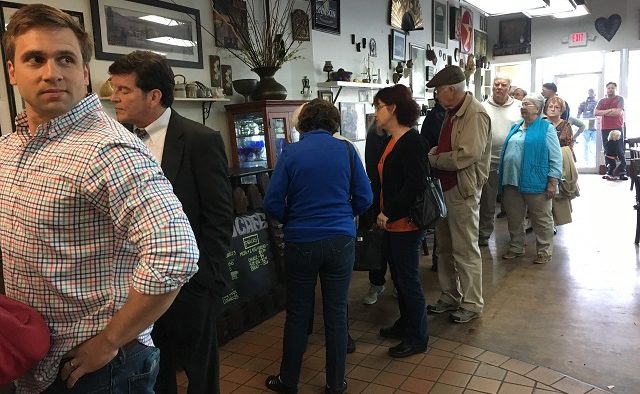 A line of customers streamed into Our Way Cafe in Avondale Estates on its last day in business. Photo by Sara Amis
Share 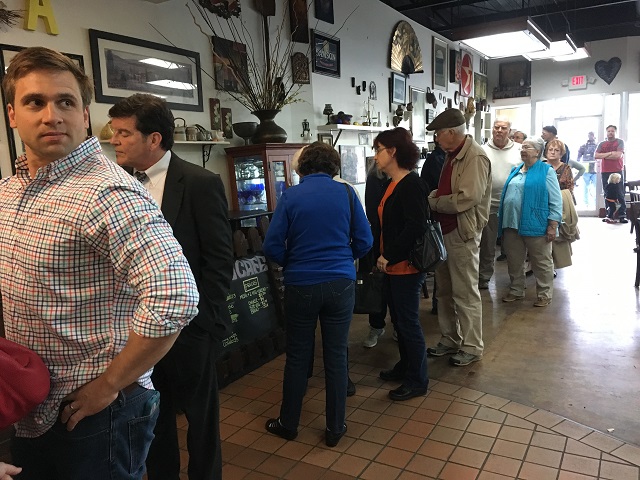 A line of customers streamed into Our Way Cafe in Avondale Estates on its last day in business. Photo by Sara Amis

Our Way Cafe’s last day saw a steady stream of customers coming in to bid the restaurant a fond farewell.

The restaurant, a local institution, is shutting down after more than 30 years in business. The owner is retiring.

The lunch crowd on Thursday, Oct. 25, was a mix of young people, retirees, pink hair, suits and ties, and working people with their names on their shirts.

Craig Smith, Chris Marshall, and David Cheeks ate there on Wednesday and came back Thursday. 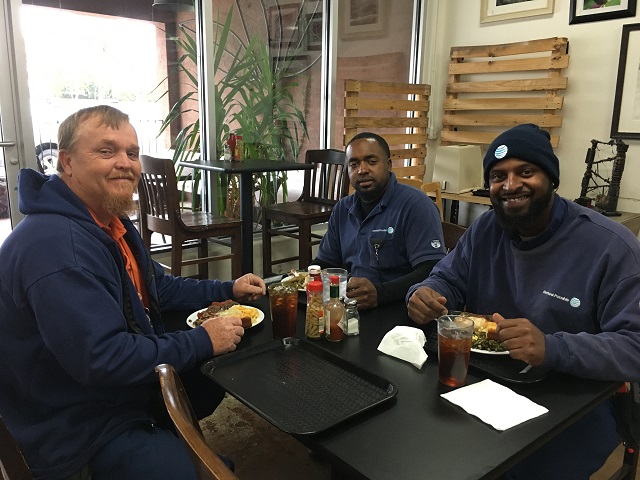 So how did Our Way Cafe get its name?

“I didn’t name it that,” owner Eva-Marie Roswall said. “When we used to be at the Avondale Towne Cinema, we had a sandwich shop up front and a bar at the back, with bands coming in to play starting at four. One of our customers named it the ‘Our Way Cafe’ because I wanted you to have what I wanted you to have. I kept trying to change it, but they wouldn’t let me.” 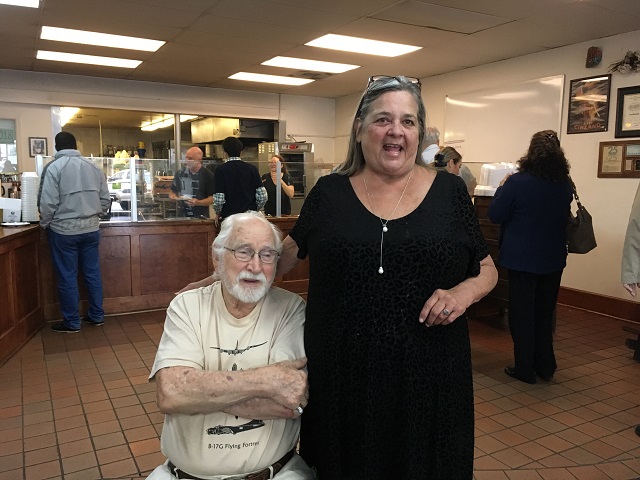 Eva-Marie Roswall stands next to customer Frank Burnette, who was a pilot in WWII and the Korean War. Photo by Sara Amis

Roswall explained why her food tastes like the real Southern deal.

There’s no canned corn or frozen squash in her meat and threes.

“The Farmer’s Market is right down the street,” she said. “Every day we’d go and get the corn, cut it off the cob, do fresh squash and onions and broccoli casserole.”

For her last day, Roswall said she was using the food she had in the kitchen “and the rest will go to the food bank.”

A group of University of Tennessee football fans has been meeting at Our Way Cafe on Wednesdays for 13 years, and they also have a yearly Christmas party there. One of their friends is always with them in spirit.

“Walter Chadwick was a huge football star in Decatur, and then he went on to play with [Steve Kiner] for Tennessee,” Roswall said. “We have this group of people who watch over him. He’s in assisted living now. This is a real community of love.”

Ellen Morrison pointed out the signed photo of Walter Chadwick on the wall and showed a recent photo of him on her phone.

“I bring him here every Wednesday,” she said.

During the lunch rush, Eva Roswall organized behind the counter, then stepped out to greet long-time customers and give and receive hugs.

She frequently wiped away tears.

“I’ve been out for two months. I was physically hurt. My back was hurt,” Roswall said. “I decided to sell my house, trying to keep the restaurant going, but I just can’t keep it going any longer. I’ve been doing this for 34 years and it’s time to let it go. I’m sixty-three and a half. I’m like, let it go Eva.”

Longtime customers said they will miss Our Way Café when it’s gone.

“This place is full of the greatest people,” Morrison said. “I just hate that she’s closing.” 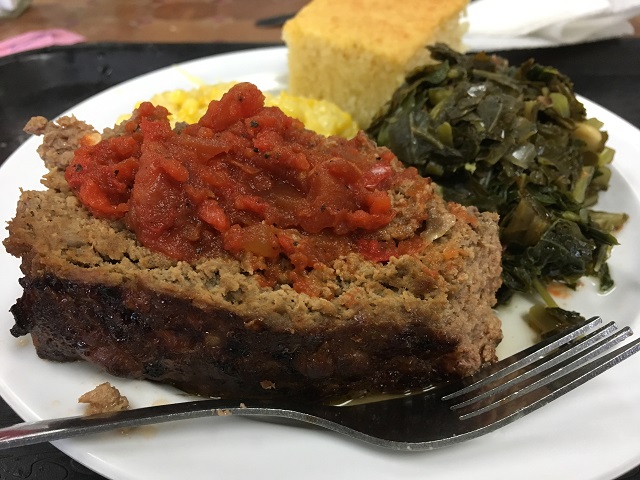