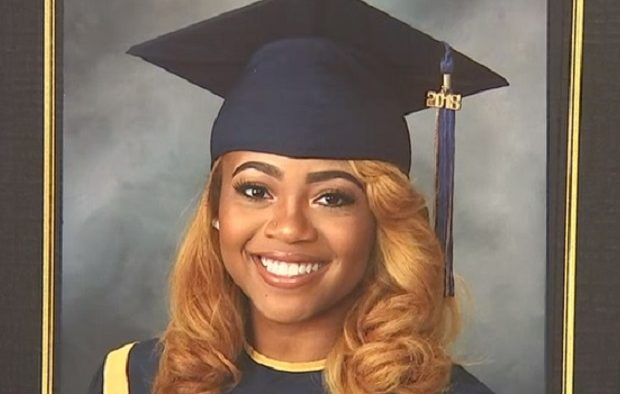 A recent Decatur High School graduate was killed by an alleged drunk driver, according to media reports.

The AJC and WSBTV both reported that Kennedy Segars, 18, was struck by a drunk driver over the weekend while she was at a red light near her parents’ home. She was attending Alabama State University and was in town celebrating her mother’s birthday, according to the AJC.

Reginald Stubbs, 52, is accused driving under the influence and rear-ending her while going 70 miles per hour. To read the full story on WSBTV click here. To read the story published by the AJC, click here.

A DeKalb County Police spokesperson told Decaturish, “On October 13, 2018, DeKalb Police officers responded to a multi vehicle accident on Klondike Road south of Mall Parkway. A vehicle driven by Reginald Stubbs crashed into a stopped vehicle, driven by Kennedy Segars, causing a chain reaction of accidents. Ms. Segars was transported to a local hospital and later succumbed to her injuries. Mr. Stubbs was arrested for several traffic violations, including homicide by vehicle 1st degree.”