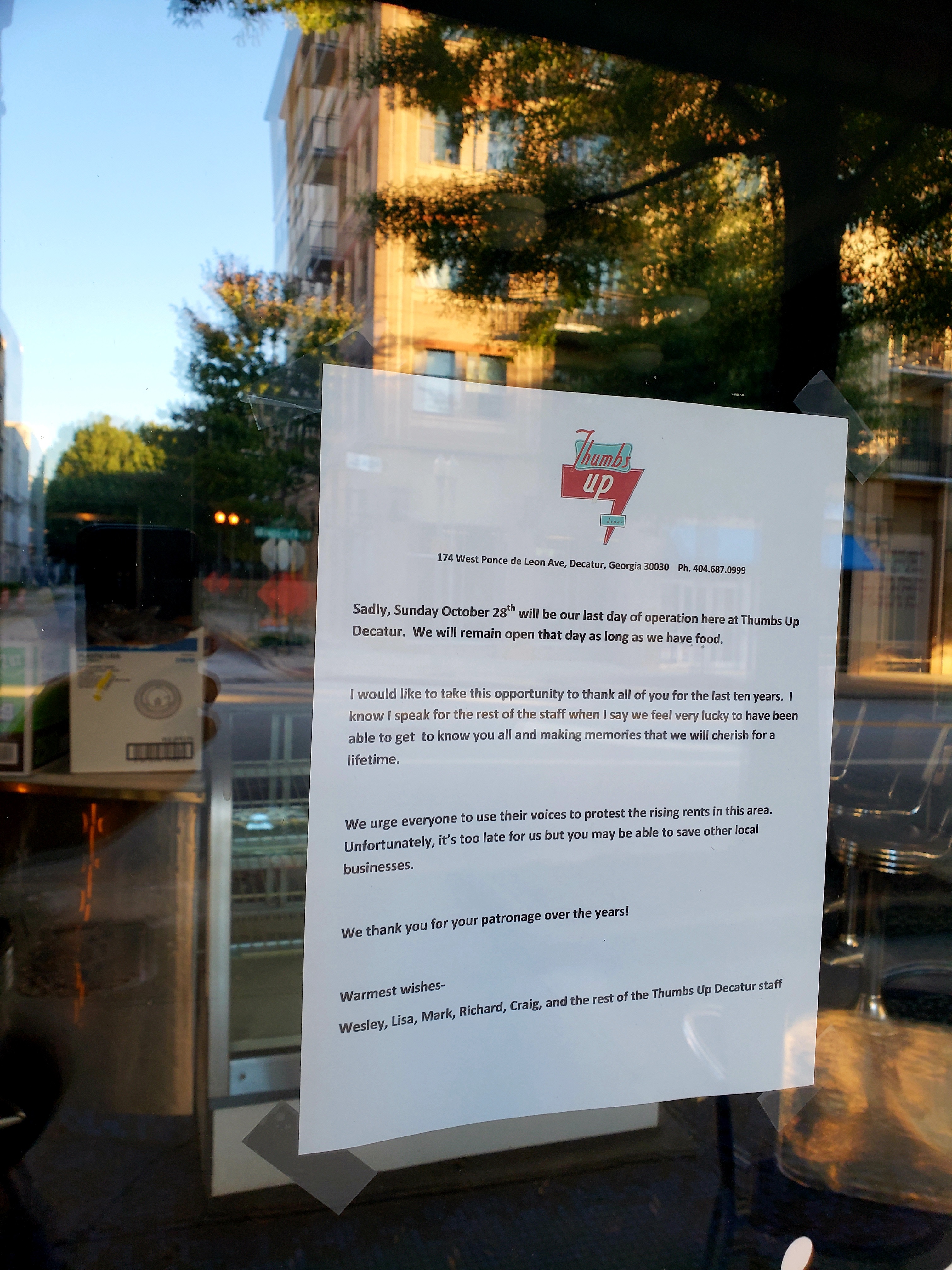 A note left on the door of Thumbs Up Diner in Decatur. Photo by Dan Whisenhunt
Share

Thumbs Up Diner in Decatur, an all-day breakfast restaurant, closed its doors on Sunday after 10 years in business.

The restaurant also left a note on the door urging customers to speak out against high rents in the Decatur area.

“We urge everyone to use their voices to protest the rising rents in this area,” the note says. “Unfortunately, it’s too late for us, but you may be able to save other local businesses.”

The note thanked customers for their support. Attempts to reach representatives from the company were unsuccessful.

According to an article in the Atlanta Journal Constitution archives, the current incarnation of the Thumbs Up Restaurant opened in Decatur in 2008, and was a Crescent Moon before that.

Locricchio and Atherholt bought the restaurant back and in 2008, it reopened as Thumbs Up Diner. 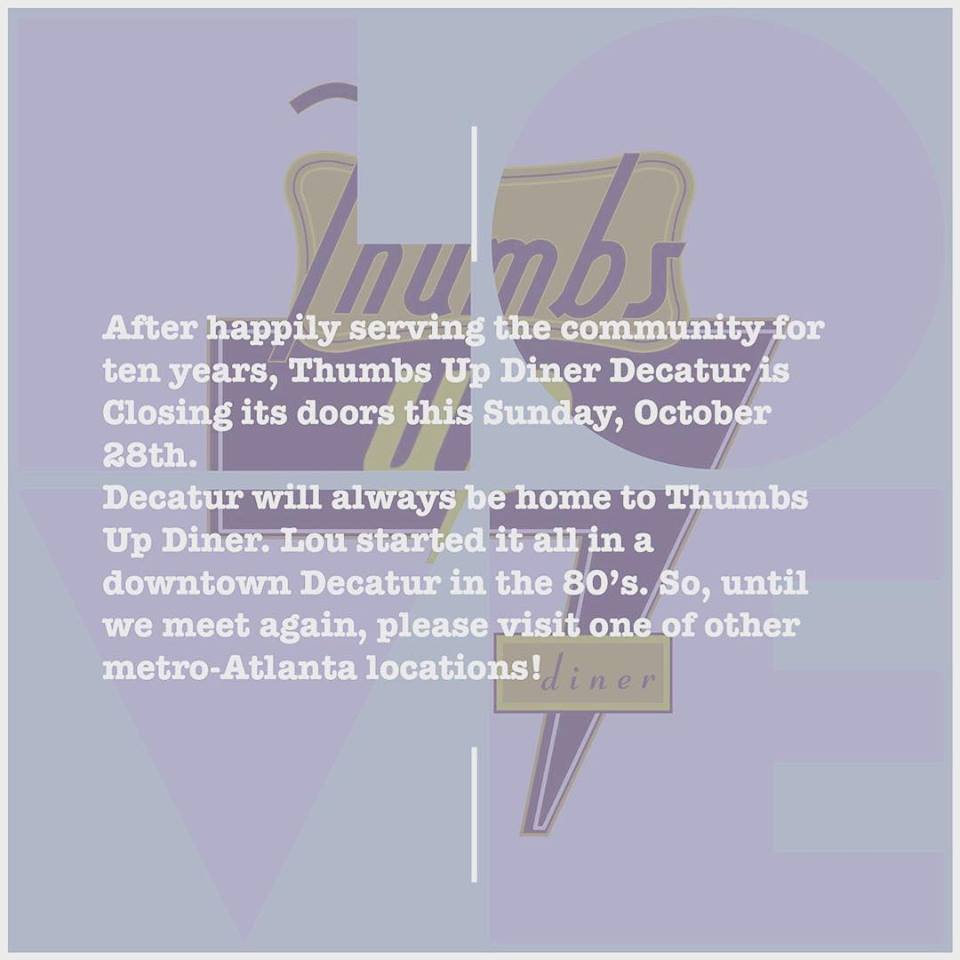 The price of renting space in Decatur is one of the major concerns facing downtown business owners. The other major concern is the lack of free parking spaces.

In January, DaVinci’s Pizzeria in Decatur chose to break its lease early. DaVinci’s Owner Jason Black said the nearly $11,000 a month rent was a factor in his decision to close the Decatur store. (It is not known what Thumbs Up’s monthly rent was.)

“We don’t pay that [much rent] in Midtown,” Black said at the time. “The most expensive rent we had was the location there.”