Utility work on West Trinity will cause disruptions for two weeks

Utility work on West Trinity will cause disruptions for two weeks 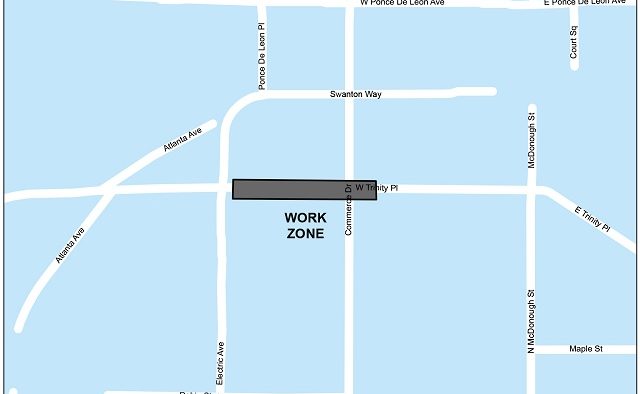 A map showing the utility work zone, provided by the city of Decatur.
Share 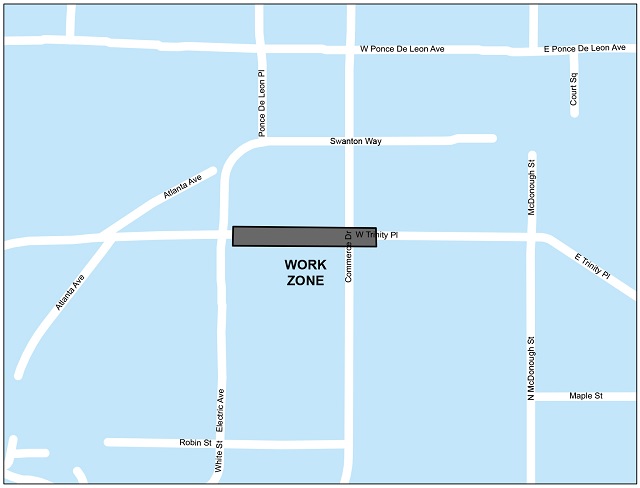 A map showing the utility work zone, provided by the city of Decatur.

The city of Decatur is warning residents about a Georgia Power project on West Trinity Place that could disrupt traffic.

“Georgia Power will be performing underground utility work on West Trinity Place from Commerce Drive to Swanton Way starting as early as Wednesday, Oct. 12,” the city says. “The work is expected to take about two weeks.”

The city says residents can expect “periodic traffic disruption due to lane and sidewalk closures” and advises everyone to plan around it.