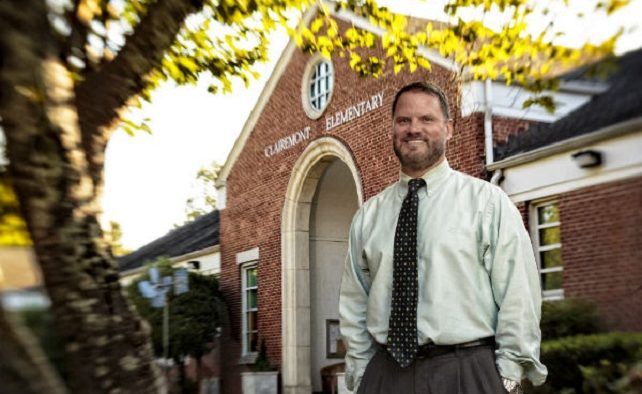 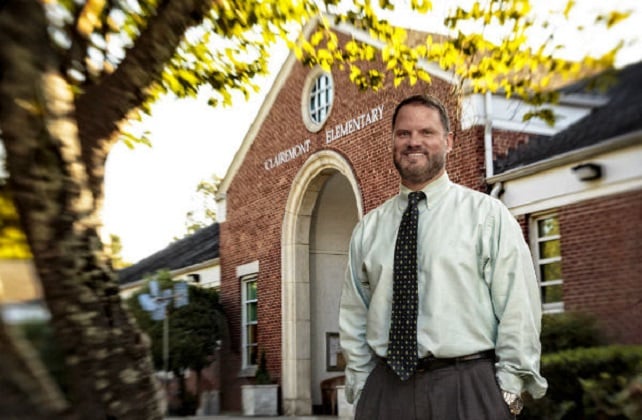 Superintendent David Dude has named Clairemont Elementary School principal Billy Heaton as the principal of the new 3-5 elementary school, which will open on Talley Street in 2019.

Heaton was one of three finalists and one of 27 applicants for the job. He’s been principal at Clairemont since 2016. Before that he was an elementary principal in Oconee County and Madison County, according to the school district.

“Mr. Heaton began his career as an upper elementary teacher and recognizes the importance of developing upper elementary learners so that they have a solid foundation on which to build their success,” Superintendent David Dude said in a letter to parents. “He is passionate about working with the students and families at Clairemont and is excited to transition with his students to the new school. I am confident Mr. Heaton will build on his success in CSD and foster a supportive community for all students, families, and staff at our new school.

“Opening a new school is an exciting time for our district. I look forward to working with Mr. Heaton and the team of principals in our elementary schools during this transition.”

Heaton explained his move in a letter to Clairemont Elementary parents.

“So why move to Talley Street? First, the new position allows me the opportunity to continue working with the Clairemont Community since Clairemont’s students will move to the Talley Street school for third through fifth grades,” Heaton’s letter says. “In addition, as a former third- and fifth-grade teacher, I am excited to have the opportunity to again work with this age group of students.”

“I look forward to working with Curtis to make the transition as smooth as possible,” Heaton said. “In addition, the academic expertise of our instructional coach, Zeke Alejandro, will ensure consistent, rigorous teaching and learning throughout our classrooms so that every student continues to meet his or her potential.”

CSD will announce more details about the process for finding Heaton’s permanent replacement at a later date, a spokesperson for the school district said.