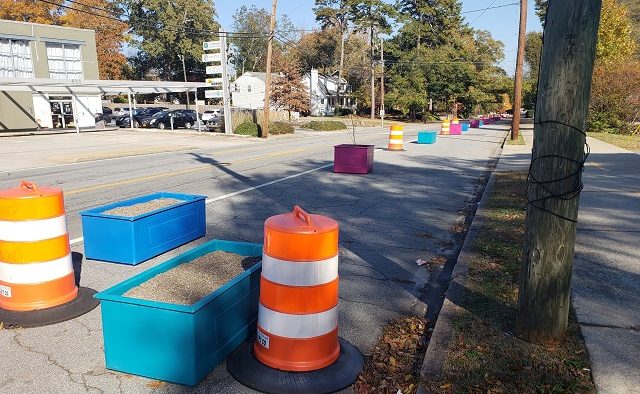 The city of Decatur’s efforts to calm traffic on West Howard Avenue have included placing colorful planters along the road, which has been reduced from four lanes to two.

But the faded Easter Egg colored boxes installed as part of the “Reimagine West Howard” project are not a hit with people who pass by them every day.

Reader comments left on the Decaturish Facebook page about the planters were not kind.

“When I first saw them, I thought they fell off a landscaping trailer and were just left in the road,” another commenter said.

Some readers said the planters could create a safety issue.

“I’m surprised there hasn’t been an accident,” Sara Stephenson said.

“They make it more unsafe for drivers as they are random colors, shapes and trees of nonspecific shape,” Tim Smith said.

But, mostly, people just aren’t fans of the way the planters look.

Ross Brandt seemed to sum up the community’s sentiment, saying, “They are ugly as a bag of …”

Well, you get the idea. 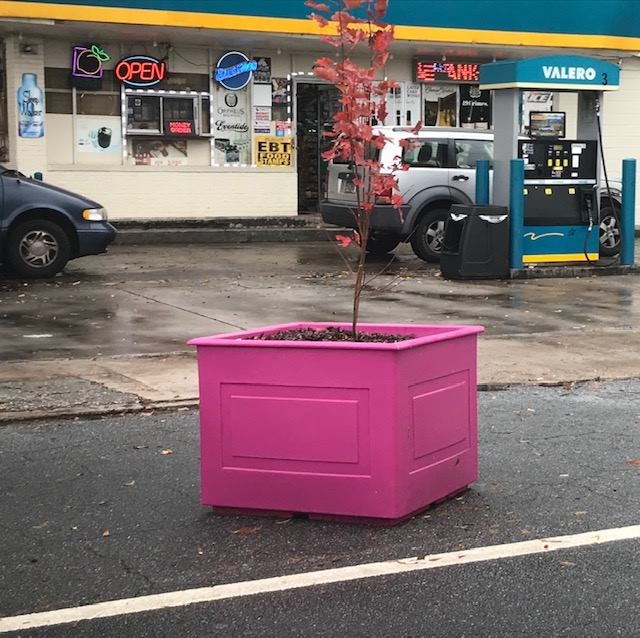 A user submitted photo of a planter in front of the Valero gas station.

Assistant City Manager David Junger said the goal of the “Reimagine West Howard” project is increasing safety and the planters are a cost effective way of doing that.

The planters serve to, “create a clearly defined buffer between new travel lanes and the PATH Stone Mountain trail,” he said.

“The planters are colorful and self-watering,” Junger said. “I was part of a team that selected the planters.”

People who think the city erred will need to get used to seeing the planters. Junger says they aren’t going anywhere.

“We are not planning to replace the planters,” he said.