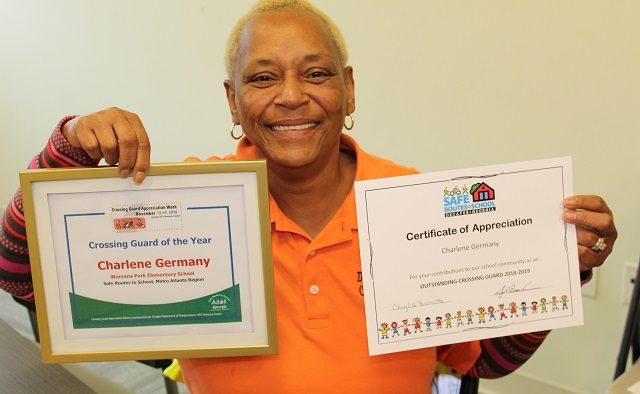 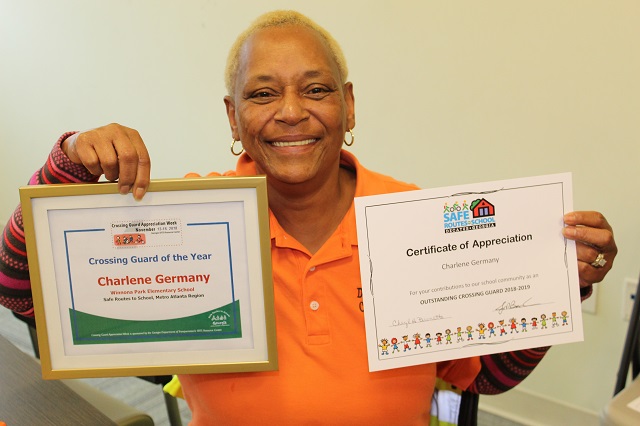 This week, Decatur crossing guard Charlene Germany was named the 2018 Crossing Guard of the Year for the metro Atlanta area by the Georgia Safe Routes to School Resource Center.

According to a city press release, Germany received 10 nominations for her friendly manner as well as her professionalism in crossing children safely. The nominations commented that Germany is an extremely positive and friendly person and helps keep the children safe.

“Charlene is there for the families, every single day – rain or shine – with a smile on her face and joy in her heart,” the release said.

“The city of Decatur is proud to have Charlene Germany as one of our many crossing guards. She and the other crossing guards in the community are an important part of Decatur’s successful Safe Routes to School Program,” the release said.