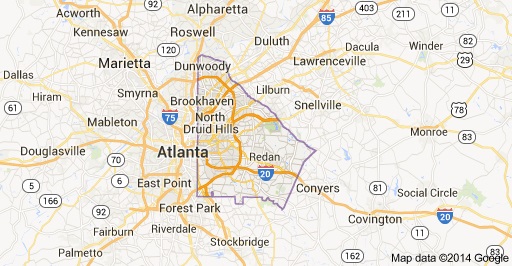 The DeKalb County Board of Registration and Elections has announced a recount of absentee ballots set for Nov. 13 at 8 a.m.

When asked for the reason for the recount, a county spokesperson told Decaturish, “We are recounting absentee ballots in an abundance of caution.”

The Atlanta Journal Constitution reported on Monday that interim Secretary of State Robyn Crittenden told county officials to count absentee ballots that don’t have birthday information as long as they can confirm the identity of the voter. It is not clear of the county’s recount is related to her instruction.

According to the unofficial vote tally, Abrams received nearly 84 percent of the vote in DeKalb County.

News of the recount appeared to catch DeKalb County Republicans off guard.

The county GOP issued a call for volunteers to monitor the recount late Monday evening.

“The Abrams campaign and DeKalb Democrats will almost certainly have representatives present, but with almost no advance notice, it will be very difficult to find GOP volunteers to ensure this recount is conducted fairly,” an email from the county GOP says. “PLEASE – if you are able to help tomorrow, reply to this email IMMEDIATELY. The recount will be performed at the DeKalb Elections Office (4380 Memorial Drive, Suite 300, Decatur, GA 30032). It will start promply at 8AM and continue until all absentee ballots have been recounted. This is a HUGE opportunity to make sure votes are counted correctly and the results of the election aren’t subject to outside influence. Please help if you can.”

The county GOP found two volunteers – the amount allowed by law – within minutes of sending that email.