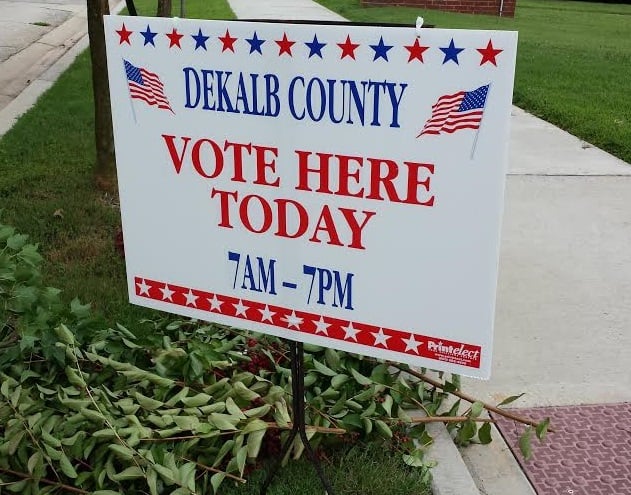 To look up your polling place and see a sample ballot, visit the Georgia Secretary of State’s My Voter Page by clicking here.

People who wish to vote will need to bring one of the following forms of identification, according to the Georgia Secretary of State’s office:

– Chuck Eaton was elected to his first term on the Public Service Commission in December of 2006. He was one of only two statewide Republican candidates in the entire country to beat an incumbent during that election year. He served as Commission Chairman in 2008.  In 2012, the Georgia General Assembly restored the PSC’s right to elect its own Chairman.  Chuck was unanimously chosen by his colleagues to serve as the first elected Commission Chair in over 25 years.  He remained Chair for 4 years, the legally allowed limit for the position.

– Born and raised in Georgia, Lindy Miller is fighting to make utilities affordable again for local families and small businesses. Miller previously served as a strategy consultant at Deloitte, where she helped large government agencies save millions of dollars for global citizens and businesses. Miller co-founded the Georgia-based Cherry Street Energy, a firm that focuses on bringing renewable energy to local governments, nonprofits, and small businesses across Georgia. She attended the University of Pennsylvania and Harvard’s Kennedy School. Miller resides in Decatur with her husband and three young sons. For more information about Miller and her campaign, click here.

Please vote in the Dec. 4 election.