Fire severely damages Java Monkey, coffee shop will be closed for at least a month

Fire severely damages Java Monkey, coffee shop will be closed for at least a month 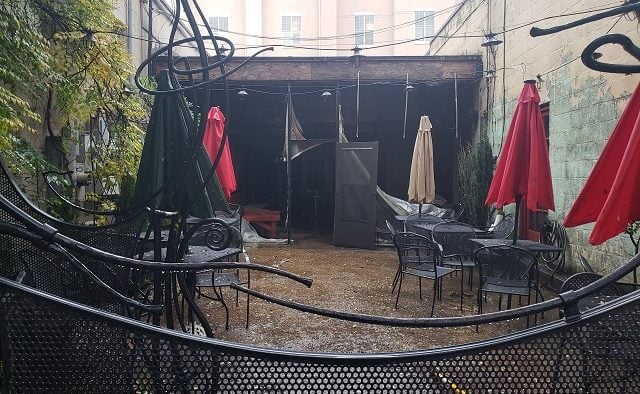 The patio area of the Java Monkey following a fire in November 2018. Photo by Dan Whisenhunt
Share

There was a large fire at Java Monkey on Sunday evening, Nov. 11.

The damage was so severe that the popular coffee shop will be closed for weeks and it has affected neighboring businesses as well.

A witness report says the flames could be seen over the Decatur Square. The fire started around 11 p.m. after the business had closed. There were no reports of injuries. The fire heavily damaged the patio area, which hosts regular poetry nights, and the wine bar area, and affected the entire business.

Fire Chief Toni Washington said the fire started in the attic and that smoke from the fire damaged nearby businesses Tres Jolie, Noodle and Fresh to Order. Firefighters had to cut a trench in the roof to keep the fire to spreading to the other businesses.

The cause of the fire is under investigation. Washington confirmed that Decatur fire investigators are receiving assistance from DeKalb County Fire and Rescue and the federal Bureau of Alcohol, Tobacco, Firearms and Explosives (ATF).

Reader Paul Beezley took this photo of firefighters responding to the scene. 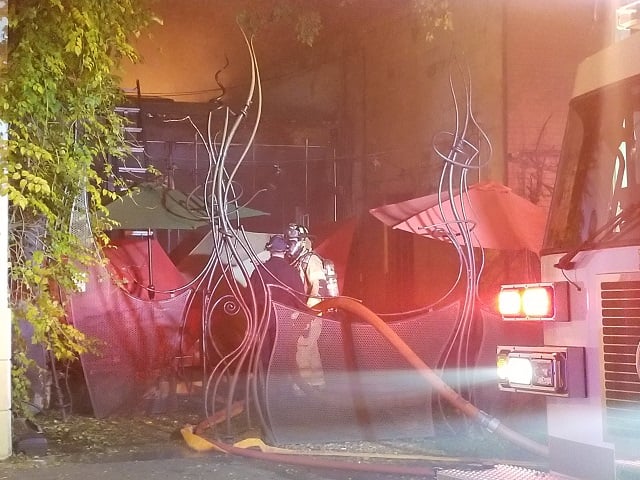 A witness who was near the scene shot this video of the blaze.

Java Monkey said in a Facebook post that it will be a long time before the business can reopen.

“Due to a fire last night, Java Monkey will be closed for at least a month,” the post says. “The fire department [is] trying to assess what/how it started. [We] would like to thank the fire department of Decatur for their bravery and diligent work.”

Noodle also confirmed that it will be closed for some time because of the fire.

“If you live in Decatur, then you know word travels fast around here, but just in case you haven’t heard, there was a fire last night in our building between Java Monkey and Noodle,” the company wrote on Facebook. “We suffered some damage and unfortunately, we will be closed for the foreseeable future until we can assess the full extent of what happened. But the important thing was that none of our guests or staff were injured! We will do our best to be back up and running and serving Decatur’s favorite fried rice in no time. Thank you for your patronage!”

It is not clear how the damage will affect Tres Jolie and Fresh to Order. Attempts to reach those businesses were unsuccessful.

Java Monkey has a new owner and the recent changes there have rankled some long-time customers. The coffee shop, a Decatur staple for over 25-years, temporarily stopped serving wine and beer. The company recently renewed its alcohol license.

The coffee shop hosts a poetry night every Sunday.

This notice was posted on the door of Java Monkey on Monday morning. 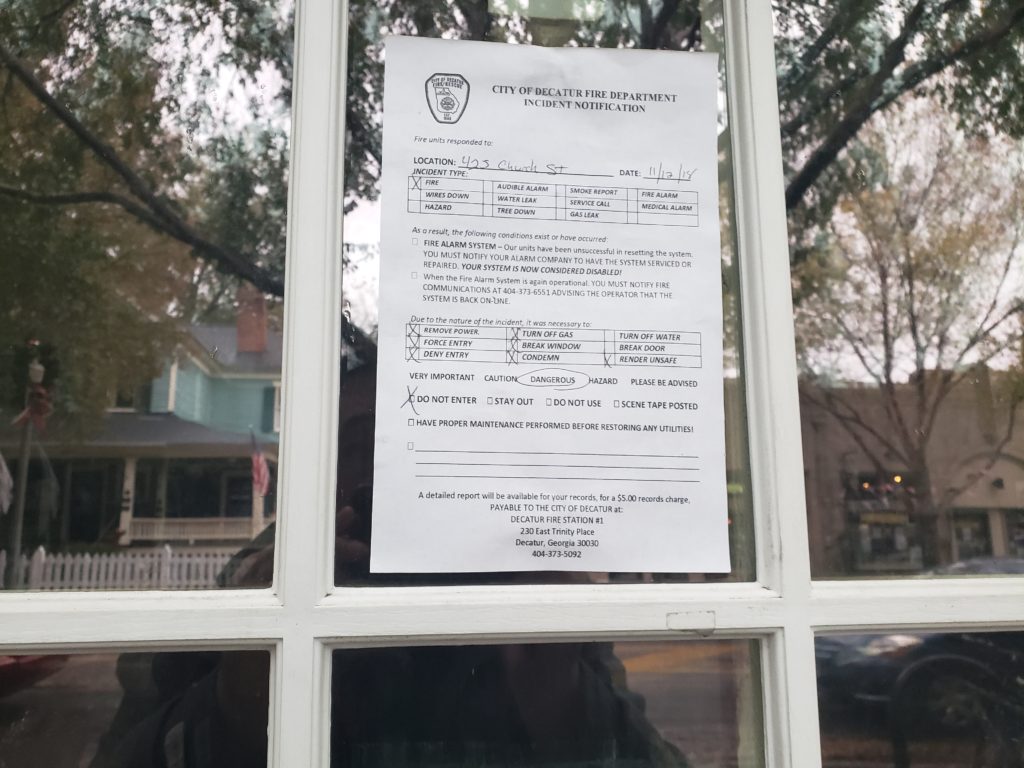