Two accidents occur in one week on Spring Street in Oakhurst

Two accidents occur in one week on Spring Street in Oakhurst 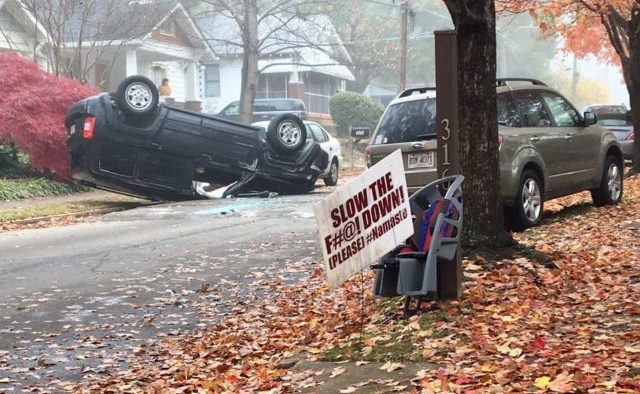 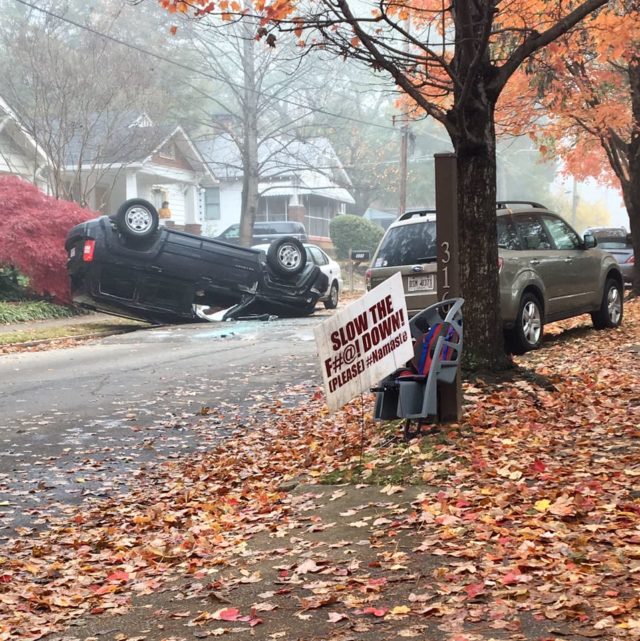 Photo of the Nov. 25 accident, provided by Kristen Brooks Denius

According to Lt. Jennifer Ross, on Tuesday, Nov. 20 at 10:14 p.m., Decatur Police responded to an accident in the 300 block of Spring Street.

The second accident occurred Sunday morning, Nov. 25. Police responded to the call in the 300 block of Spring Street around 9:17 a.m.

“Vehicle No. 1, a Jeep Patriot, was traveling eastbound on Spring Street,” Ross said. “Vehicle No. 2, a Subaru Forrester, was parked along the curb on Spring Street in the eastbound lane facing east. The driver of the Jeep fell asleep and struck the driver side rear wheel and fender area of the Subaru leading the Jeep to roll over. No injuries were reported. The Jeep and Subaru sustained disabling damage. The driver of the Jeep was cited for improper passing.”

Angela Deokar said she is organizing with her neighbors to address safety along the road. She said the city did implement some traffic control measures by Oakview Road on Spring Street, but she said cars are still speeding along the street.

“It is just a matter if time until lucky coincidence turns into tragedy,” she said.