The Dec. 17 City Commission meeting marked an end of an era for the city of Decatur.

Barring an unforeseen emergency, it was the last meeting for City Manager Peggy Merriss. Her last day is officially Dec. 31, the end of a 25-year run leading managing the day-to-day affairs of the city’s government.

It’s a remarkably long tenure for any city manager, and Merriss has been with the city for longer than that, coming on board in 1983 as director of personnel.

In her place, the City Commission went with a safe choice and picked Andrea Arnold to succeed her. Arnold knows the city well. She has been an assistant city manager since 2004 and has worked closely with Merriss. When Merriss has been absent from meetings in prior years, Arnold often attended meetings in her place.

City commissioners approved her contract – with a base salary of $170,000 per year – without any debate. 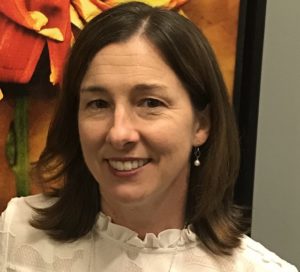 Mayor Pro Tem Tony Powers said the City Commission has received positive feedback since announcing Arnold as a finalist for the job.

“I received a number of people complimenting us, which I think speaks to Ms. Arnold’s character more than our decision,” Powers said. “She is the right hire at this time.”

Merriss received most of the praise on Monday evening, receiving another tearful goodbye from her colleagues as she offered some parting thoughts.

She ruled out ever running for public office in the city.

“You do not want to have me running,” Merriss said. “Plus, I’d probably tell people what I thought and never get enough votes.”

And while she enjoyed her work with her colleagues on the commission, the long meetings are something she is happy to have in the rear-view mirror.

“I’m going to miss you all,” she said. “Not sure I’ll miss these meetings.”

Merriss recalled that when she joined the city, she got some words of advice from her friend and mentor Cal Horton, who was assistant city manager at the time. He gave her the Athenian Oath, which says, “We will transmit this City not only, not less, but greater and more beautiful than it was transmitted to us.”

“What has always been important to me is the whole concept of, in all things leave this place not just the same, but better and more beautiful than how you found it,” Merriss said.

Editor’s note: This story was reported by viewing a live video stream of the Dec. 17 City Commission meeting.