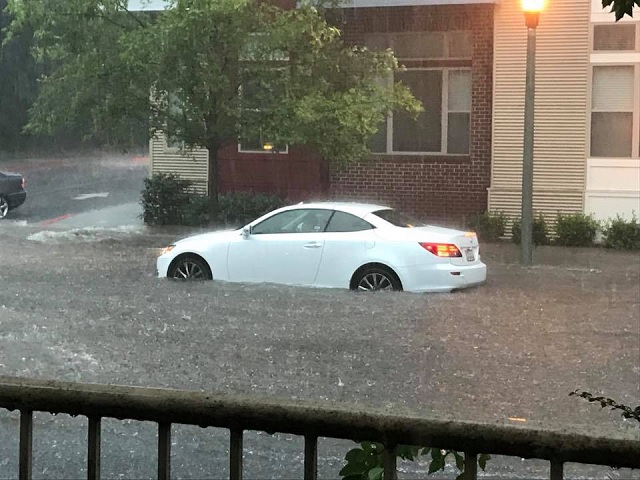 DeKalb County has already received 3 inches of rain today, Dec. 28, and more rain is expected this evening and through next week.

The county says it has opened its Emergency Operations Center “to monitor potential flooding conditions.”

“Teams are monitoring and responding to creek and river levels, repeat sanitary-sewer-overflow hotspots, and downed trees and utility lines,” a press release from the county says.

·        If you come across a flooded roadway, “turn around, don’t drown.” A foot of water can stall and sweep vehicles away.

·        Beware of hydroplaning. Only one-twelfth of an inch of rain on the road and a speed of more than 35 miles per hour can cause a vehicle to hydroplane.

·        Do not walk through flooded areas. Six inches of water can knock adults off of their feet.

The National Weather Service there’s a Flash Flood Watch in effect for our area through Saturday morning, Dec. 29.

* Widespread rainfall will continue across portions of Georgia today. Rainfall will be heavy at times. Two to three inches of rainfall have already fallen across much of the area, and additional rainfall amounts of up to 1.5 inches are expected through Saturday morning with isolated higher amounts likely.

* Soil conditions remain very moist and river levels remain high across the area. Even a relatively small amount of rainfall
will produce significant runoff and flooding of creeks and rivers. Even after the rain ends, high water could persist for several days after.

A Flash Flood Watch means that conditions may develop that lead to flash flooding. Flash flooding is a very dangerous situation.

You should monitor later forecasts and be prepared to take action should Flash Flood Warnings be issued.

NWS also predicts that on Saturday through Thursday of next week, “Several rounds of showers will continue into next week, with
isolated thunderstorms possible Monday and Tuesday. Much of the area could see an additional 2 to 4 inches of rainfall, with locally
higher amounts possible. This rainfall will continue to elevate the river and stream flood threat, especially since the grounds are
saturated from recent rains. Localized flash flooding will also be a concern in flood prone areas.”

…The Flood Warning continues for the following rivers in Georgia…

The Yellow River near East Lithonia.

* From this afternoon until Saturday evening.

* At 15.0 feet…Minor flooding continues and expands further into the woodlands and fields near the river upstream and downstream
from the gage on Pleasant Hill Road. In Dekalb County…some flooding of backyards of homes begin on Harmony Hills Drive and Court. Johnson Creek flowing under Union Grove Road into the river begins to back up.