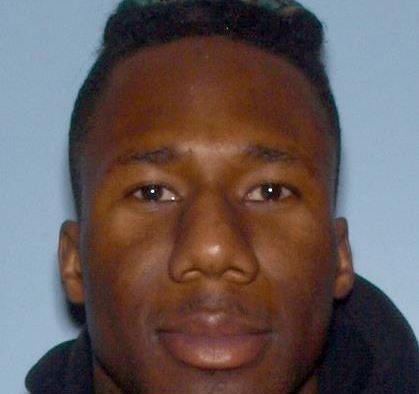 When the owners of Java Monkey hired Rickey Thomas, they knew he had a criminal past.

A background check turned up arrests for shoplifting that were a few years old. The owner told Decaturish they decided Thomas deserved a chance to prove himself.

Now Thomas is accused of burning down Java Monkey on Nov. 11. A month after the event, the Decatur Police Department says his whereabouts are unknown.

No one has been willing to speak on his behalf, including his court-appointed public defender and a prosecutor in the District Attorney’s Office who is familiar with Thomas’ history.

A review of court documents shows that Thomas has a lengthy criminal record spanning multiple years with crimes — mostly misdemeanors — in at least three counties. A complete accounting of his alleged crimes has proven difficult because of the sheer number of them.

Thomas in 2016 had pleaded guilty to second degree burglary. The court deferred sentencing, allowing him to enter into the DeKalb County Mental Heath Court program. Thomas struggled to follow the rules. He missed psychiatric appointments, showed up late for court hearings and couldn’t stay out of trouble. Atlanta Police arrested him in 2017 for stealing $23 worth of steaks and sushi from a Publix.

Nothing in his record indicates he is violent or suggests he would be likely to do what he is accused of doing to Java Monkey.

The arrest warrant alleges Java Monkey had surveillance video showing Thomas at the back of the building. He had a stick that looked like a broom handle, the warrant says. The owner was able to identify him. Investigators discovered a broken back window. According to the warrant, after Thomas was fired he allegedly began making harassing phone calls and allegedly told several people he intended to burn the place down.

The fire damaged nearby businesses Tres Jolie, Noodle and Fresh to Order. It will likely be months before Java Monkey reopens.

In 2007 he was convicted of felony burglary in Bibb County. In 2013, he was arrested in Dunwoody on charges of shoplifting at a Macy’s Department store at Perimeter Mall. According to a spokesperson for the Dunwoody Police Department, Thomas was, “Accused of taking two pairs of jeans, valued at $132, and then fleeing the store when stopped by store security.”

He was arrested again in February of 2014 when he didn’t show up for court related to the 2013 shoplifting case.

In 2015, he was arrested in Dunwoody again, this time at McKendrick’s Steak House. The Dunwoody Police spokesperson said he showed up for a job application, and allegedly sneaked into an unlocked office and stole $25, a phone and a purse.

Atlanta Police had a few run-ins with him as well. In addition to the 2017 shoplifting case, he was arrested in 2014 for allegedly shoplifting $61 worth of merchandise from a Kroger. In 2014, Thomas was also accused of stealing money from a restaurant at the Atlanta Botanical Garden where he was employed. According to a police report, Thomas allegedly stole a $500 deposit off of a desk.

Immediately following the incident at the Botanical Gardens, a manager asked staff for any information about what had happened to the deposit. No one provided any information. According to the police report, that same day Thomas asked for his paycheck and never returned to work.