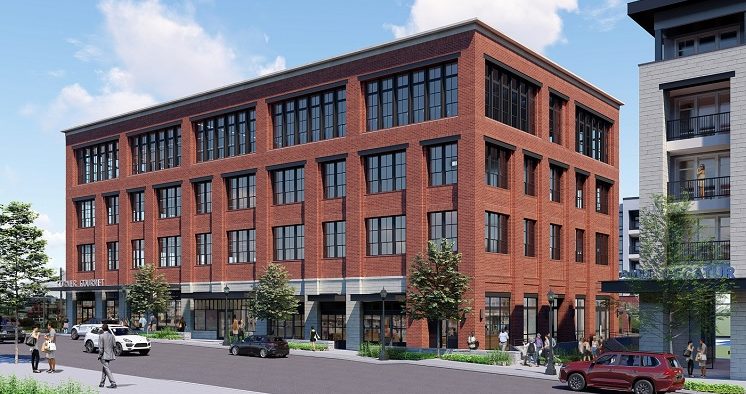 A rendering of the redeveloped Callaway Building. Photo provided by the city of Decatur.
Share

The city of Decatur says construction of a new office building at the former Callaway property begins on Monday, Jan. 28, and will result in a partial lane closure.

Decatur bought the building on West Trinity Place from DeKalb County in 2013. The city turned it over to a developer, Cousins Properties. When completed, the Callaway redevelopment will have 329 apartments, 34,000 square feet of office space and retail on the ground floor.

“The building will be located at the corner of West Trinity Place and North McDonough Street and requires a partial closure of the eastbound lane of West Trinity Place,” the city says. “Throughout construction, through traffic will be able to bypass vehicles lined up to enter the Dekalb County parking deck, then shift left as the roadway is narrowed.”

The city provided this map of the detour route: 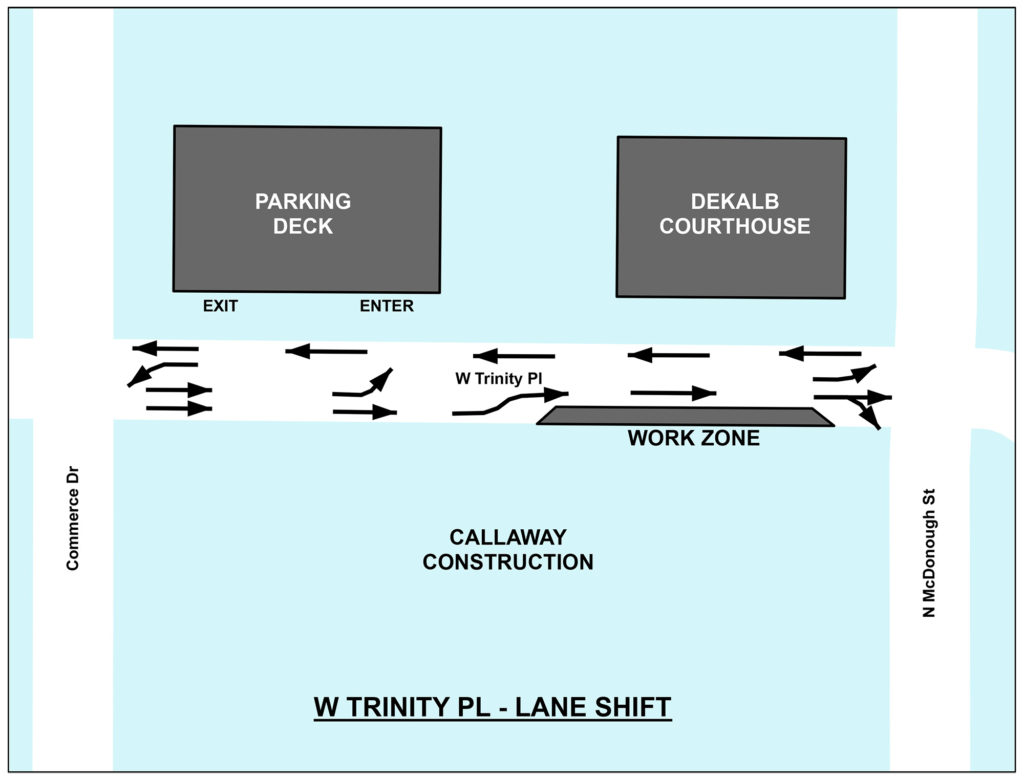 Image provided by the city of Decatur.

According to the city, “this will be the first new multi-story office building in downtown Decatur in 20 years. Construction is expected to last about six months.”

The project will also provide a financial benefit to the city.

For more information about the project from Decatur Makeover, click here.