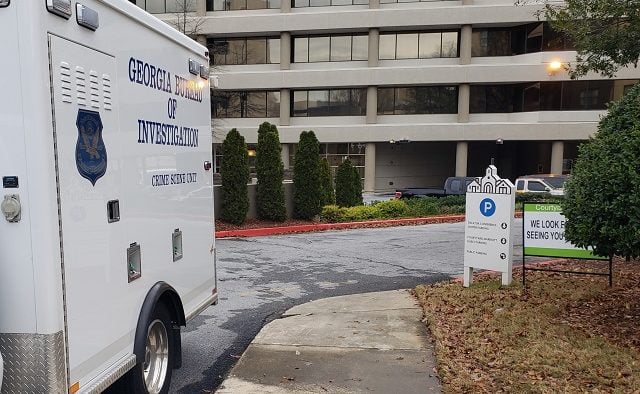 Photo by Dan Whisenhunt, taken outside the Courtyard by Marriott on Jan. 2.
Share

Decatur Police have identified two people who died in an apparent murder suicide at the Courtyard by Marriott in Decatur.

Police responded to a report of gunshots at the hotel around 1:39 a.m. on Jan. 2.

“Officers arrived and located a deceased adult male and adult female inside a hotel room in what appears to be a murder-suicide,” the Police Department said. “The female victim, identified as 42 year-old Ranie Overman of Atlanta, suffered at least one gunshot wound to her body. The male suspect, identified as 46 year-old Gerald Loch of Atlanta, had what appeared to be a self-inflicted gunshot wound to his body. The victim and the suspect were in a relationship together. We do not believe there are any other suspects involved in this case. The case is still actively being investigated by the Decatur Police Department’s Criminal Investigations Division and no motive is available at this time.”

The Georgia Bureau of Investigation provided assistance with the investigation.

A spokesperson for the hotel said, “The hotel and City of Decatur Police Department responded immediately to reported gunshots fired in a hotel room. Police are on scene and are conducting an investigation. To protect the privacy of those involved, our hotel does not discuss the details of our guests or their stays with us. As this is an ongoing investigation, please direct all inquiries to the City of Decatur Police Department. Our thoughts and prayers are with the families and loved ones during this time.”