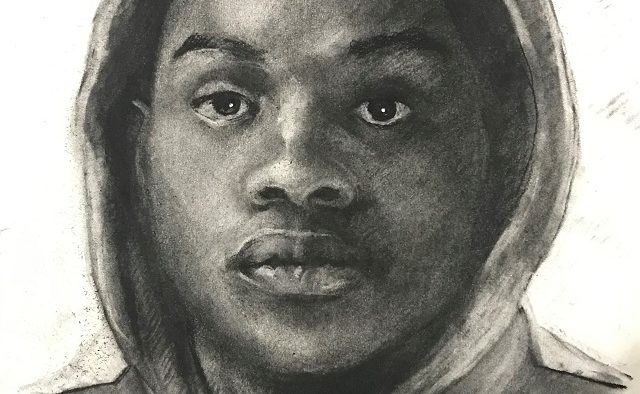 Sketch of a man accused of an attempted carjacking. Image provided by Decatur Police
Share

Decatur Police are trying to find a person accused of attempting to carjack a woman on Derrydown Way in Decatur.

On Saturday, Jan. 12, police released a sketch of the suspect.

The incident happened on Friday, Jan. 4 in the 800 block of Derrydown Way. Police responded to the attempted carjacking at 8:53 p.m.

“The victim reported she arrived to the area and parked on the street against the curb,” the Police Department reported. “The victim was approached by the suspect while she was still seated in her vehicle. The suspect asked to use the victim’s phone and she informed him it was dead. The suspect then stated he was stranded in the area and was waiting on friends. The suspect then produced a handgun from a small bag he was carrying over his shoulder and pointed it at the victim, ordering her to relinquish her vehicle.

“The victim exited the vehicle and ran towards a house in the area. A neighbor heard the incident occur and looked outside to see the suspect in the vehicle attempting to start it. The suspect was unsuccessful in starting the vehicle and fled southbound on Derrydown Way upon being spotted by the neighbor.”

Police are asking the public to help with the case.

“We are attempting to identify the suspect in this sketch regarding an attempted carjacking that occurred in the 800 block of Derrydown Way on January 4, 2019 at approximately 8:53 p.m.,” Lt. Jennifer Ross said. “The suspect is described as a black male mid-teens to early 20’s, approximately 6’, slender build, wearing a grey Under Armour sweatshirt, dark pants, tennis shoes and armed with a black semi-automatic handgun.

“When the suspect was not able to start the vehicle he fled the scene possibly toward the Avondale MARTA Station. If you recognize this suspect or have any additional information, please contact Inv. Lindsey at [email protected] or 678/553-6628 or contact Crime Stoppers Greater Atlanta at 404-577-Tips (8477) and remain anonymous.”