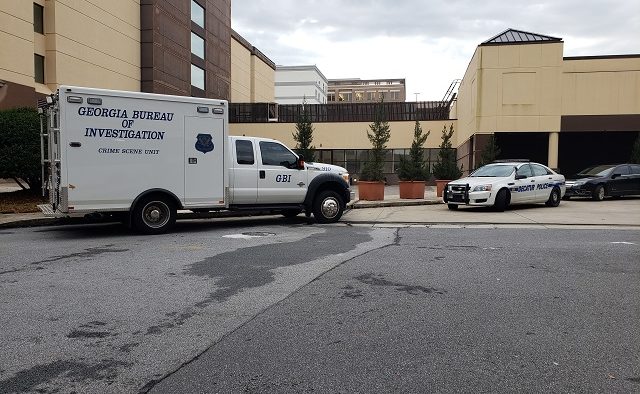 Police believe the incident was a possible murder followed by a suicide.

Here’s the initial report from the Police Department:

On Wednesday, January 2, 2019 at approximately 1:39 am, Decatur Police responded to 130 Clairemont Avenue (Courtyard by Marriott) in reference to gunshots. Officers arrived and located two deceased individuals inside a hotel room in what appears to be a murder-suicide. This case is currently under investigation. The identities of the victims are not being released at this time.

The Georgia Bureau of Investigation has been called into assist Decatur Police.

A spokesperson for the hotel said, “The hotel and City of Decatur Police Department responded immediately to reported gunshots fired in a hotel room. Police are on scene and are conducting an investigation. To protect the privacy of those involved, our hotel does not discuss the details of our guests or their stays with us. As this is an ongoing investigation, please direct all inquiries to the City of Decatur Police Department. Our thoughts and prayers are with the families and loved ones during this time.”

This is a developing story. More information will be provided when it becomes available.