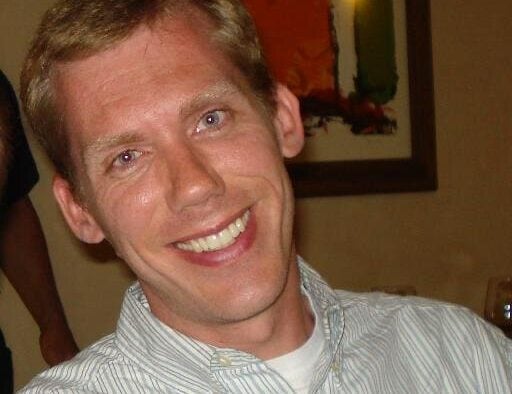 A former Decatur High teacher accused of sexually harassing students will be able to teach again after the Professional Standards Commission, a state board that certifies teachers, agreed to a settlement with him.

The teacher, Jon Reese, faced a two-year suspension of his teaching certificate. Reese, who has repeatedly denied the allegations against him, challenged the ruling and received a 30-day, retroactive suspension from July 28, 2017 through Sept. 8, 2017, according to records obtained by Decaturish.com.

Reese taught journalism at Decatur High. He was a teacher at Decatur High from 1992 until he resigned in 2017. He did not respond to repeated messages seeking comment for this story. His attorney also did not respond to requests for comment about the case. Reese has not been charged with any crime and is not the subject of a criminal investigation.

According to his LinkedIn profile, Reese has not taught in a school since leaving Decatur High.

The way City Schools of Decatur handled the investigation of Reese potentially violated federal discrimination law, known as Title IX, according to experts on the subject interviewed in 2017. A CSD spokesperson said the school system has taken steps to improve its handling of potential Title IX cases.

The school system had no comment about the final decision to give Reese a 30-day retroactive suspension.

“Your question is about a specific employee and we are unable to comment on personnel issues regarding individual employees,” the CSD spokesperson said.

CSD began investigating Reese after learning that he allegedly walked into the room of female students during an overnight field trip. The students were not fully dressed at the time.

“That’s very disappointing that it wasn’t more severe,” she said. “Male teachers are not supposed to be walking into dressing rooms of girls, and that should be dealt with more severely. Giving a slap on the wrist is only giving [the teacher the] opportunity for breaking rules again down the line and affecting more children.”

Members of the PSC board did not respond to requests for comment, forwarding those requests to their attorney, Tanis Miller (no relation to Terri Miller).

“I would caution that case facts and evidence are not always as they initially seem,” the PSC attorney said. “Nevertheless, Ms. Terri Miller is entitled to her opinion and free to be disappointed in the outcome. Note that the Commission considers the protection of Georgia’s children a top priority. At the Georgia Professional Standards Commission, we understand that the final outcome is not always what we would like it to be in certain cases. It is at those times that the Commission agrees some sanction is better than no sanction at all. With a final sanction, there is notice on the educator’s record that there has been a disciplinary issue. It is incumbent upon school systems to check potential employees’ certification before placing them in schools with our students.”

A mother of one of the students Reese allegedly harassed, who asked not to be identified, said the resolution of the case was not ideal but better than no punishment at all.

“Honestly, that’s kind of the most important thing to me, is that it be officially recorded that there was this behavior and there was a punishment for this behavior, and so that anyone who is potentially going to hire him would see that,” the mother said. “To me, that feels like the most important thing. If it had been expunged in some way it would bother me. I mean, I’m not thrilled, and I wouldn’t want any of my kids to be taught by him again and I think he deserves a whole lot of training in how to behave, but as long as it’s on the record, I’m satisfied enough.”

City Schools of Decatur filed a complaint against Reese with the state Professional Standards Commission in May 2017, the same month Reese resigned from his job at Decatur High. He opted to resign before school officials could fire him.

Some of Reese’s students, former chaperones and colleagues praised him in testimonials provided to CSD officials. But other students who talked to investigators described a teacher whose unwanted physical contact and inappropriate comments made them feel uncomfortable.

There was a female chaperone on the field trip who could’ve gone into the room for him. That chaperone was Reese’s former student and hadn’t completed the necessary background checks to travel with the class.

Further investigation by CSD revealed allegations that Reese made inappropriate comments to students and gave students unsolicited back massages. The female chaperone for the field trip told school officials that when she was Reese’s student, she also received unwanted shoulder rubs and was “weirded out” by them.

While CSD officials investigated those allegations, they uncovered evidence of sexual harassment allegations against Reese in 2000. A record documenting these allegations was not in Reese’s personnel file when school officials began investigating him. It turned up because the school system’s attorney kept a copy. There has never been an explanation about why this information was not in his file.

“The allegations made by one athlete’s disgruntled mother were investigated and resulted in no finding of wrongdoing,” he said.

In that same interview, Reese has said City Schools of Decatur officials did not treat him fairly.

“I resigned because I did not think I could get a fair hearing to defend myself,” Reese said in 2017. “The investigation deprived me of due process and violated tenure and fair dismissal rights outlined by board policy.”

The PSC confirmed it was investigating the allegations in July 2017. The PSC notified Reese in September of that year that it planned to suspend his certificate for two years. His attorney contested that sanction. The PSC and Reese eventually agreed to the settlement of a 30-day retroactive suspension and the case was dismissed on Jan. 11 of this year.

It is not known whether any PSC members objected to the settlement.

When Decaturish first wrote about the investigation, the Decatur High School handbook did not contain contact information for the district’s Title IX coordinator and the school system’s student grievance and complaints policy didn’t mention sexual misconduct. CSD had only two Title IX coordinators and the student coordinator at the time was not involved in investigating the allegations against Reese. While the case appeared to check off all the boxes for Title IX violations, school officials did not handle it as a Title IX case.

On Wednesday, Jan. 16, CSD spokesperson Courtney Burnett described the steps the district has taken to correct these problems.

“[Decatur High School] students receive training related to sexual harassment/misconduct and are informed of staff contacts during advisement,” she said. “All students will receive training from the counselors at each school through a new program that is currently being implemented.”

The school system has designated school principals or their official designee as the Title IX liaison for each school.

“The school liaisons are trained annually and work with the Title IX Compliance Officer to respond to alleged misconduct,” Burnett said.

Burnett said the school system talked to school administrators about the need to vet chaperones for field trips.

“We re-emphasized with administrators the importance of ensuring that all chaperones for overnight field trips undergo background checks and be cleared by Staff Support,” Burnett said.

Burnett said she did not know of any other complaints accusing CSD teachers of sexual harassment or any other kind of sexual misconduct.

“This is the only case we are aware of,” she said.