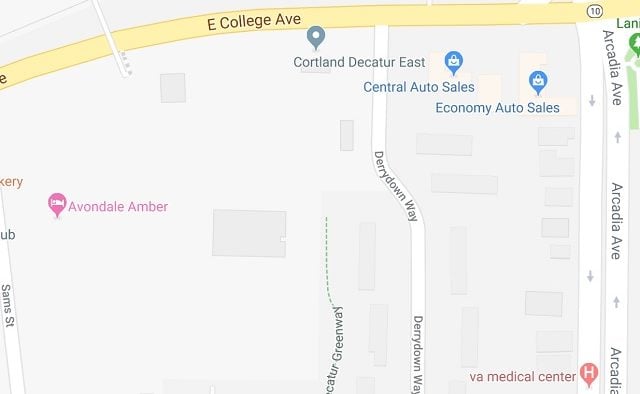 The approximate location of the kidnapping that occurred on Jan. 25. Image obtained via Google Maps.
Share

A woman was kidnapped and sexually assaulted on Jan. 25, according to police reports.

The Jan. 25 incident began in the 700 block of Derrydown Way, which is in DeKalb County. Officers responded to the call after 10 p.m.

According to both police reports, the victim, a 19-year-old woman, was waiting in the 700 Block of Derrydown Way for her boyfriend to get off work. A man wearing a camouflage ski mask approached her, according to the Atlanta Police Department’s report. The suspect pointed a gun at her through her driver’s side window and ordered her to drive him around Atlanta.

The suspect ordered the victim to exit the vehicle, described as a tan, 4-door 2003 Honda Civic, and drove off. The victim was invited into a residence on Martin Luther King Drive where she called the police.

Neither police report provided a detailed description of the suspect.