Decatur Police on Jan. 23 responded to another robbery at the Sprint store located on West Ponce de Leon Avenue.

On Wednesday, January 23, 2019 at approximately 6:06 pm, Decatur Police responded to an armed robbery that just occurred at the Sprint store in the 400 block of West Ponce de Leon Avenue. The manager and an employee reported the suspect entered the store and stated his girlfriend told him to get a new phone but then produced a note demanding money and pulled a semi-automatic handgun from his pocket. The employees complied and gave the suspect the money from the cash register as well as their personal cell phones. The suspect demanded iPhones. The employees complied and opened the safe and gave iPhones to the suspect. The suspect ordered the employees to lay on the floor and left the store in an unknown direction. The employees were not physically injured. The suspect was described as a black male, in his 40’s, with a beard and mustache, wearing a black jacket, black hoodie with a white “B” on the front, black pants, black skull cap, gray and white sneakers, gloves, carrying a blue reusable shopping bag and armed with a black semi-automatic handgun. If you recognize this suspect or have any additional information, please contact Inv. Edwards at [email protected] or 678/553-6664 or contact Crime Stoppers Greater Atlanta at 404 577-Tips (8477) and remain anonymous.

Ross provided these photos of the suspect: 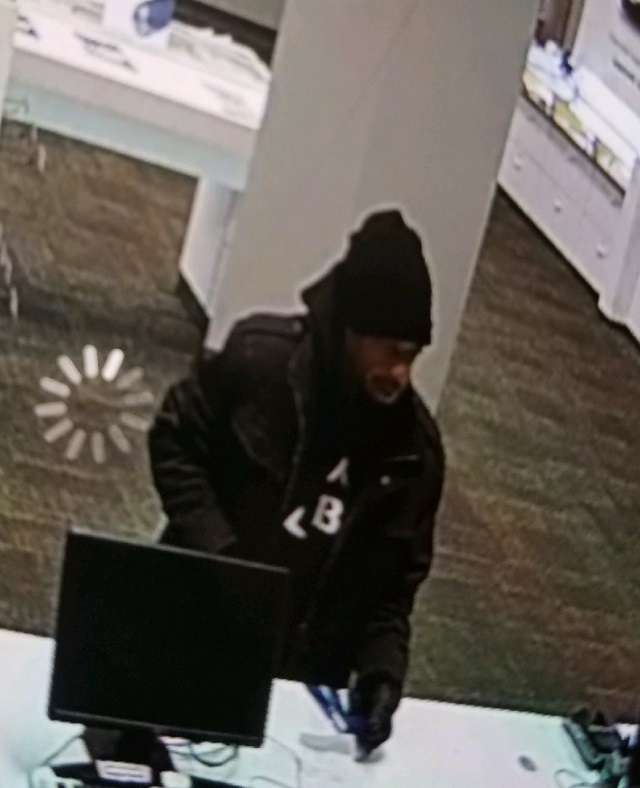 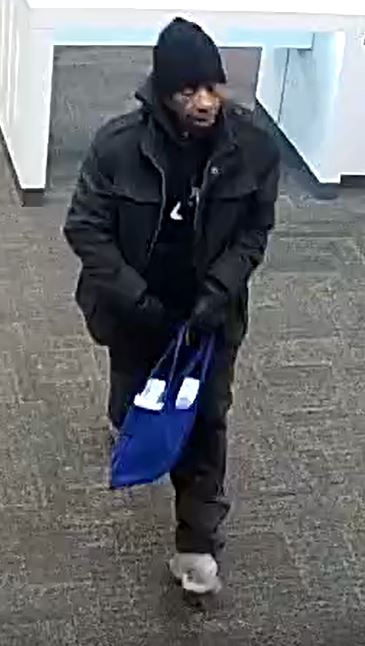 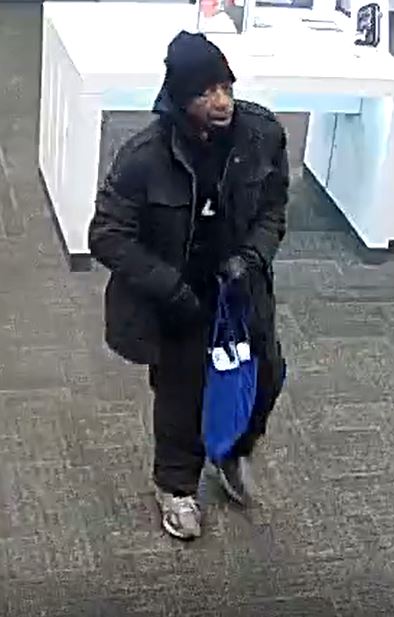 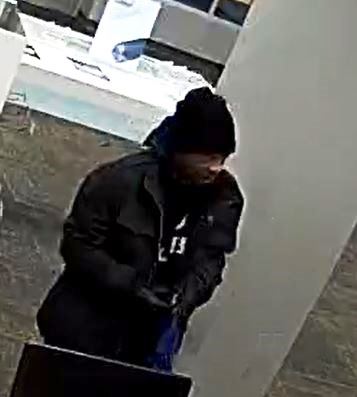 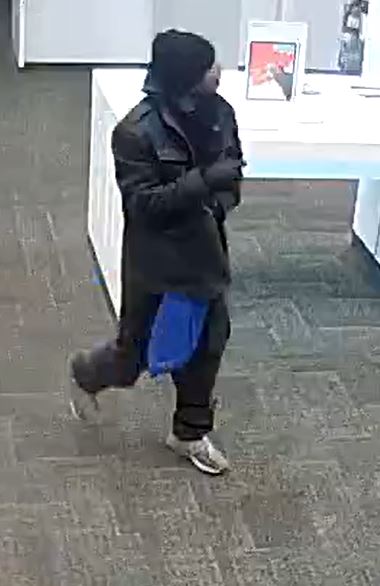 The Sprint store in Decatur has been robbed three other times in the past two years.

Decatur Police arrested a man in connection with last month’s robbery. The suspect in that case allegedly took phones and was armed with a BB gun.