Three Taverns has a new brewmaster

Three Taverns has a new brewmaster 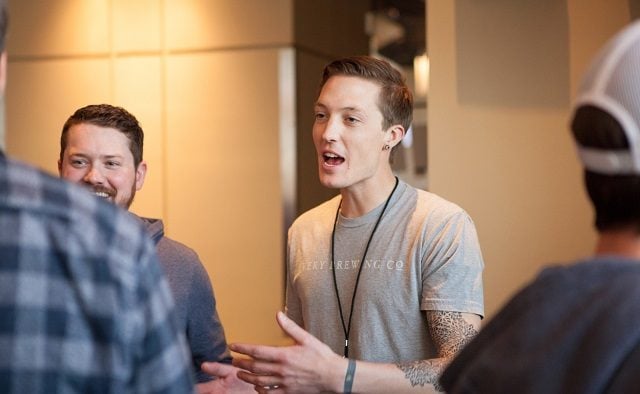 Finnigan will oversee all of Three Taverns brewing operations.

“I’m really excited to keep building on what Three Taverns has already established,” Finnigan said in a press release. “We have some awesome plans on the horizon and I think it’s going to be a lot of fun to join Atlanta’s beer scene which is in a great spot right now.”

He succeeds Joran Van Ginderachter, who left in 2017 to start his own brewery. Three Taverns looked for his replacement for a year before hiring Finnigan.

“This is an extremely vital position at the brewery and one we were more than willing to take our time with,” Three Taverns CEO and Founder Brian Purcell said in the press release. “Our brewing team is second to none and have worked incredibly hard to continue the commitment to quality and creativity that have been a hallmark of Three Taverns since the very beginning.”

Finnigan got his start homebrewing in college and honed his skills abroad while working in Mexico.

“He then spent 6 years at Avery Brewing in Boulder, Colo., working his way through various positions including Brewer and finally Brewhouse Manager,” the press release says. “From there he moved to Barcelona, Spain, to assume the Head Brewer position at a new craft brewery. His stout and barrel aged stout recipes both won gold at the Barcelona Beer Festival and under his leadership at Edge Brewing, they were awarded ‘Brewery of The Year’ at the Spanish National Beer Championship.”