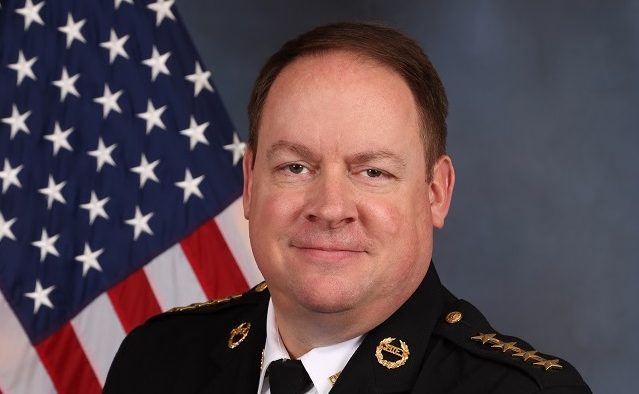 DeKalb County will soon begin the search for a new police chief.

According to a press release, he grew up in DeKalb County and has spent his career here, spending 30 years at the Police Department. He’s been the police chief since 2013.

“Chief Conroy is an example of the best DeKalb County has to offer,” CEO Michael Thurmond said in a press release. “His selfless dedication to public service and commitment to honesty, integrity and professionalism has set an example for all DeKalb employees.”

While working for DeKalb PD, Conroy’s assignments included the Criminal Investigation and Uniform Divisions and the Homicide and Assault Unit.

He graduated from Peachtree High School, attended the University of Georgia and earned a bachelor’s degree in criminal justice administration from Columbia Southern University. He also received a master’s degree in organizational leadership from Waldorf University.

“He is a graduate of the Southern Police Institute at the University of Louisville, the Police Executive Research Forum’s Senior Management Institute for Police in Boston, Massachusetts, the Georgia International Law enforcement Exchange 25th Delegation to Israel, the FBI National Executive Institute and Leadership DeKalb Class of 2015,” the press release said.

The county will conduct a national search for Conroy’s replacement.