One of Advance DeKalb’s goals is to address, “Negative perceptions from the past that do not reflect today’s realities.”

The Decide DeKalb Development Authority launched the Advance DeKalb Project last month. The initiative seeks to raise $1.5 to $2 million in pledges from private and public sector partners over five years. The project has already received $1.2 million in pledges toward that goal. 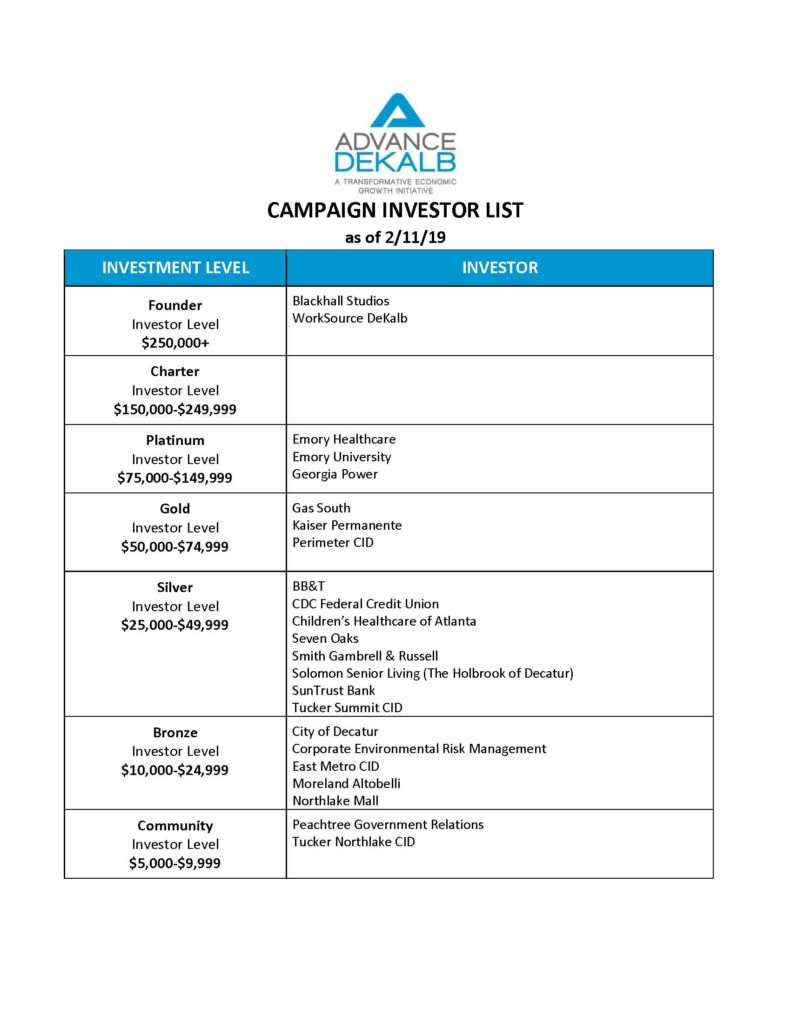 Advance DeKalb’s goal is leverage those funds to create a $1.4 billion economic impact, including 17,206 jobs and $405 million in new income.

In addition to re-branding efforts to improve the county’s image, Advance DeKalb will focus on work force and community development.

Decide DeKalb Board Chair Don Bolia said, “The funds we’re using [for Advance DeKalb] will be outside the typical scope of work of what the development authority does on a day in and day out basis.”

The current Advance DeKalb board members are:

POWER 10 Development Director Demming Bass said the new board will meet within the next few months.

He said Advance DeKalb wants to add other board members representing the county government, DeKalb cities, county community improvement districts, the Chamber of Commerce and the county school system.