Flicks With Nicki – ‘What Men Want’

Flicks With Nicki – ‘What Men Want’ 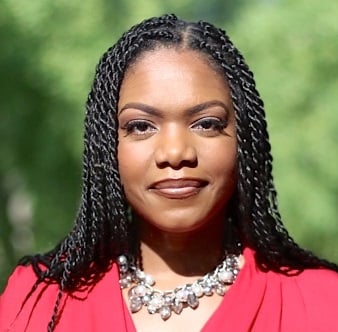 What Men Want” is a safe movie. No one gets hurt or killed. There is no complicated mystery. There’s a heavy helping of physical comedy and a hint of romance. It touches on issues of gender and sexism, but the touch is light and fleeting.

The original 2000 movie “What Women Want” starred Mel Gibson. He was a terrible guy made better after gaining the gift of hearing women’s thoughts. The reboot gets a new face with Taraji P. Henson. She plays Ali, a ruthless sports agent whose life is full of men. Good-old boys and athletes plague her male-dominated workplace where, to her disappointment, she cannot attain partner status. She throws some punches in the ring with her father (Richard Roundtree). He owns the Decatur Boxing Club, much to my glee. You would think she’d know something about men, except she doesn’t.

She is selfish and demanding. Cue the Hollywood stereotypes. She is dismissive and awful to her loyal gay assistant (Josh Brener). Her respite from men is a trio of simple-minded girlfriends.

At a bachelorette party, Ali gets a psychic reading from Sister (Erykah Badu) followed by a drink of mysterious tea and knock on the head. Her world gets loud with the inner thoughts of men. All men. All the time. This forces Ali to improve her career and love life.

“What Men Want” contains the stereotypical male thoughts from inane to profane. A rising basketball player’s father (Tracy Morgan) peppers the film with random thoughts and an irrational demand: Ali can only be respected if she has a family. The message is clear: Men don’t think. If they do, they don’t think highly of women.

Her boss, Nick (Brian Bosworth), tells her he’d fire her if he weren’t afraid of the #MeToo movement. I’ll pause to say that this wasn’t his inner thoughts, but words he actually says to her. For those of us in male-dominated workplaces, the moment is triggering. Then we remember it’s a comedy so we watch Ali take the metaphorical slap in the face with great sadness.

Only her bartender boyfriend (Aldis Hodge) and father have the more poignant inner thoughts.

Her deficiencies are so clearly drawn at the beginning, we know where she will end up as the movie reaches its denouement. Ali will be a better person. Sometimes, there’s nowhere to go but up.

She hears that her boyfriend wants to take it slow, and her enemy at work almost respects her. She earns real friendship from her assistant after realizing that her own attitude toward him was biased and wrong.

Ali’s main fault is being too much like men throughout the movie. She is crass and rough and insensitive. The men in the movie do not need to change, but she does.

What do men want? A movie with penis jokes and a woman who learns that her place is to be kinder and gentler. The greatest irony is that she can hear men’s thoughts but she never listens.

Should you see it? Maybe. Taraji P. Henson is fun to watch despite the dismal script. If you are on the fence: Go for the beautiful shots of the city. Atlanta is a central character. Just close your eyes as Ali walks through the grass in Piedmont Park in stilettos. We are bougie in Atlanta, but we aren’t that bougie.

Grade C- for the script that wrote itself. A+ for aerial shots of Atlanta and for Erykah Badu.