DeKalb County CEO Michael Thurmond announced the plan at the March 12 County Commission meeting. Thurmond has made fixing water billing problems, including exorbitant bills and bills that aren’t being sent to customers, a priority in his first term.

Thurmond’s presentation to commissioners says the problems were caused by “systemic deficits in leadership, management and oversight.” It was a problem years in the making with multiple contributing factors, as illustrated by this flow chart: 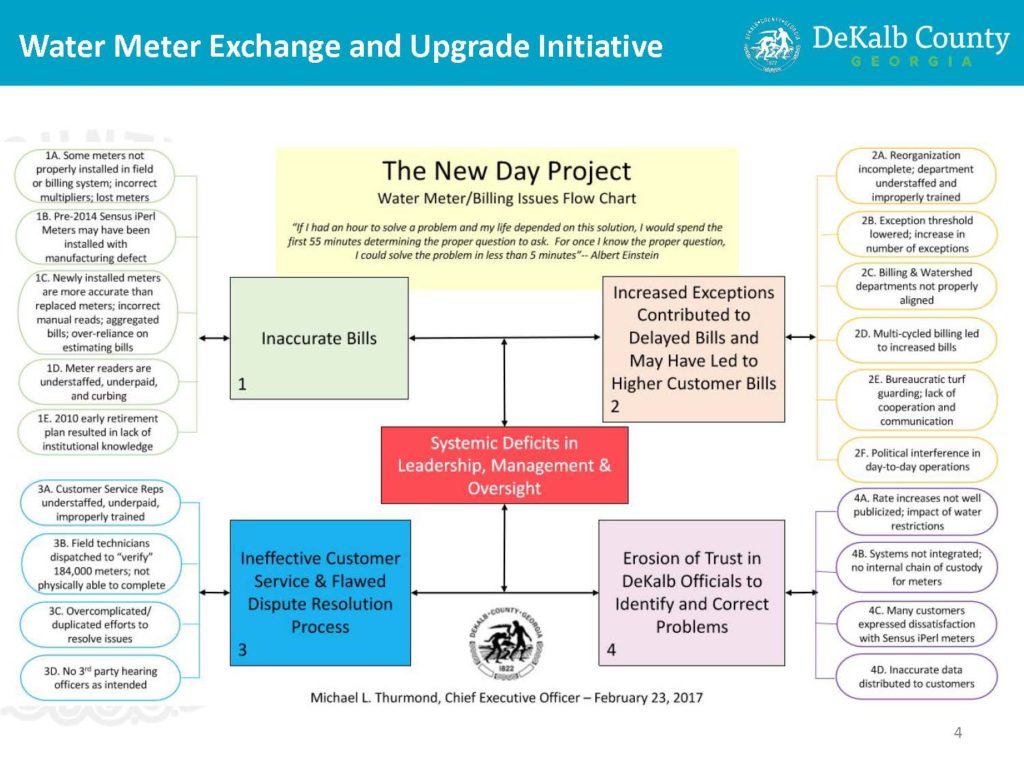 The county says all 194,000 of its customers have returned to a normal billing cycle and 37,000 bills that were held by the county due to questions about their accuracy have been released.

In the process of figuring out how water billing in the county deteriorated, county officials learned that 50,000 iPerl water meters had a potential manufacturing defect. The county negotiated a settlement with the manufacturer to replace 47,500 of them. The value of the settlement is $8.64 million.

The replacement program will take three years and will involve replacing 54,500 out of life cycle meters and the aforementioned 47,500 defective ones.

To learn more about the county’s plans, click here.