DeKalb firefighters respond to blaze at American Legion in Tucker

DeKalb firefighters respond to blaze at American Legion in Tucker 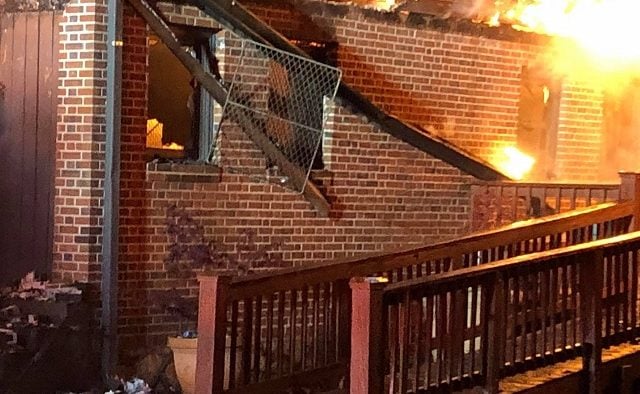 The building is located on Pine Valley Road.

In a Facebook post, the Fire Department indicated it would be difficult to extinguish the flames due to burglar bars and metal doors on the building.

“Crews made entry and initiated the fire attack with with two hand lines,” the Fire Department said. “The tongue and groove ceiling made it difficult from crews to expose the fire from the interior. The tin metal roof kept the smoke and heat inside the structure. Multiple burglar bars and metal doors inhibited crews from advancing lines due to the lack of a viable means of egress if conditions worsened inside. The incident commander backed crews out of the building and removed all the burglar bars, but the metal roof began to sag and the decision was made to stay in a defensive firefighting mode of operation. Truck 23 was utilized to bring the fire under control. No injuries were reported. The cause of the fire is under investigation.”