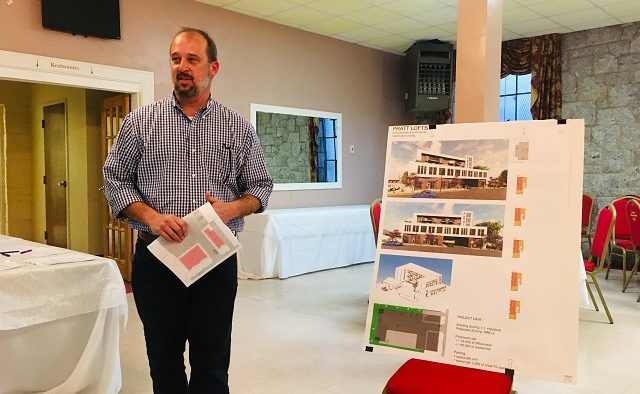 Atlanta School Board District 3 representative Michelle Olympiadis discussed plans to close Crim Open Campus after the new College and Career Academy opens in the old Parks Middle School building in Fall 2020.  The alternative program, West End Academy, and student services housed at Crim will be consolidated and moved to a new location to be determined.

Members of KNO expressed concern about how past decisions were handled.

“Back in 2001, when they decided to close Crim [High School] and make it into the alternative campus, the deal with East Lake and Kirkwood was that we would get Drew and our two neighborhoods would be zoned to Grady which was the top performing high school in the APS system at the time,” said Joe Alcock. “Fact is, redistricting came along and all that changed.”

“I sit on the school board now and I see what the administration [does] now and how it makes recommendations to the board and honestly I wish there were more conversations with community members before things are done,” said Olympiadis.

“I remember the horrible APS redistricting meetings,” said Erin Green. “I don’t have faith that public comment will be taken seriously.”

In other business at Sunday’s meeting, an architecture firm presented plans for a mixed-use project on Rogers Street.

Smith Architecture, represented by Alcock, asked for a zoning change from I-1 (industrial) to MRC-2 in order to construct a six story mixed-use building.  The project will include 60,000 square feet of residential space.

“Affordable housing is becoming more and more of a challenge in the community, so the development team is going to retain ten percent of the residential units and we’re going to rent that at 80 percent of AMI, average mean income,” said Alcock. The rest of the units will be sold as condominiums.

KNO approved the zoning change after a discussion of traffic on Rogers Street and potential parking solutions.

Alcock sees increased density as part of the long-term solution.

“To put this in perspective, many of you have traveled to cities like New York and Chicago and L.A.,” he said. “The city of Atlanta has about 650 people per square mile. D.C for instance has ten thousand.  So until we start getting density that approaches seven or eight thousand people per square mile, our aspirations of being an international city with alternative transportation modes really is going to be a struggle, and we’re going to have problems like Rogers being a congested street.”