Screening of ‘Scream 2’ will be held at original filming location, Agnes Scott College

Screening of ‘Scream 2’ will be held at original filming location, Agnes Scott College 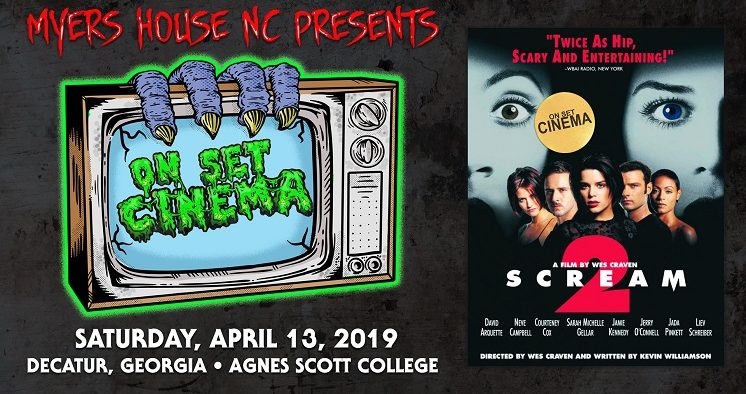 Kenny Caperton started On Set Cinema, a series of cult favorite and horror classic movie screenings at their original filming location, allowing event-goers to “step into the screen for a moment,” according to the On Set Cinema website.

This screening of “Scream 2” is free and open to everyone – students and faculty of Agnes Scott as well as the public.

Prior to the movie screening, there will be an autograph signing, photo-op, and Q&A with actress Elise Neal, who co-starred in “Scream 2” as Hallie.

This will be “her first ever signing appearance at the event,” according to a recent press release. Neal will also be auctioning off some of her props from the movie, such as her cream leather jacket and her actor chair backing.

In addition to Neal’s belongings, there will be “Windsor College” event t-shirts for sale – Sorority Omega Beta Zeta or Fraternity Omega Kappa Beta.