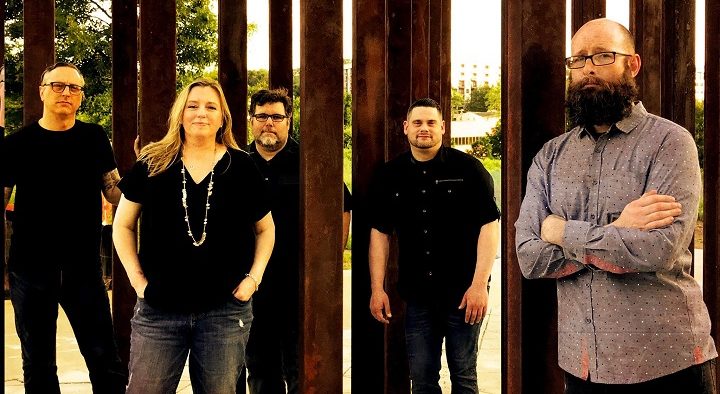 Decatur band The Bitteroots will join Jeff Tweedy of Wilco, Rock and Rock Hall of Fame member Mavis Staples, Julien Baker, and Kevn Kinney of Drivin n Cryin at the Amplify Decatur Music Festival on Saturday, April 13 in the square.

Amplify is a non-profit that puts on events all over the Southeast to raise money for causes related to poverty. In each area, Amplify coordinates with a local organization which fights poverty, hunger and homelessness. To date, Amplify has raised more than $190,000 in Decatur and $300,000 overall.

“The signature event is the Decatur festival,” said Jon Waterhouse of Amplify. “One hundred percent of the proceeds go to benefit Decatur Cooperative Ministry. They work to alleviate homelessness and poverty in Decatur and DeKalb County.”

Waterhouse said the line up has been traditionally Americana-themed.

Tweedy has just released a solo album, “WARM,” and a companion CD will be released on the day of the festival.

“Wilco being one of the top Americana bands in the world, it was a great opportunity to have him on the bill,” added Waterhouse. “Amplify reached out to Mavis Staples, who is an icon as part of the Staples Singers. Her history goes back to the Civil Rights movement, she was Dr. Martin Luther King Jr’s favorite vocalist and she has been a lifelong activist and amazing performer. The rest of the lineup speaks to the diversity of Americana music and roots music.  Of course, The Bitteroots are a great local band that carries that torch and they’ve been great supporters of Amplify over the years.”

The Bitteroots played at the first Amplify Decatur Music Festival in 2016, and according to bass player Bill Taylor, The Bitteroots have played over a dozen shows for Amplify and its predecessor, Poverty Is Real.

“It’s an organization that does incredible work. We’ve done at least one show a year for them, most of them at Eddie’s Attic,” he said.

The Bitteroots will be donating a portion of the proceeds from their upcoming May 18 show at Eddie’s Attic to Amplify, in addition to their contribution to Amplify Decatur Music Festival on April 13.

“We’re very excited about this year,” Taylor said. “We started in Decatur. Four guys got together in Oakhurst in 2008 just playing cover songs to see what would happen. If you’d told us back then that we’d be sharing a stage with Hall of Famers and guys who’ve won Grammies, I don’t think we’d have believed you.”

“There’s a lot of experimenting,” said Dees. “Once they get the song structured out, I’ll start working on the melody and the lyrics. And once we put it in front of an audience, it evolves.”

Taylor said their latest album, “Derailer,” is “heavier” than their previous work.

In addition to his performance at the festival, Tweedy will be doing an author’s Q and A for his new book “Let’s Go (So We Can Get Back)” moderated by actor Jon Hamm at Eddie’s Attic on April 13 at 1 p.m.  That event is sold out, but purchasers of Amplify Decatur Music Festival tickets will be included in a drawing for free tickets to the author event.

The Amplify Decatur Music Festival stage will be directly above the Decatur MARTA station, with VIP and general seating sections in the square.

Tickets start at $45. To purchase a ticket, click here.