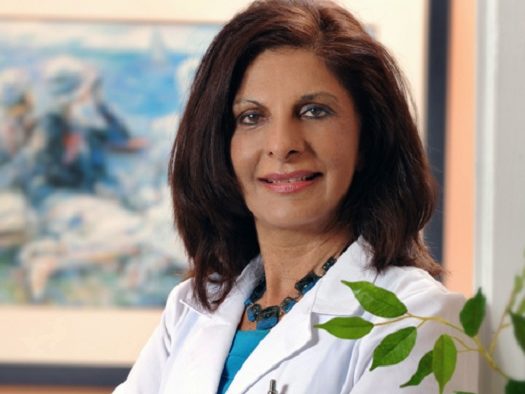 A prominent Atlanta doctor, Dr. Gulshan Harjee, is offering a scholarship for high school seniors interested in pursuing a career in the healthcare field, and applications are currently open.

According to a press release from Emory Healthcare, the scholarship “will be awarded to students who embody her passion and dedication to caring for others, despite facing challenges similar to the ones Dr. Harjee has overcome.”

Eligible students should be finishing high school, accepted to an accredited college or university and interested in working in the medical field in roles including patient care techs, nurses, healthcare social workers, pharmacy techs or physicians.

“Harjee knows firsthand the struggles of fulfilling one’s passions,” the release said. Born in Tanzania, she dreamed of becoming a physician, despite her country not having easily accessible healthcare.

Harjee’s own father wanted to pursue medicine, too, but resources prevented him from achieving those dreams.  Inspired by both her parents, Harjee wanted to become a doctor “who would provide compassionate care for her patients, especially the sick, elderly and those in desperate circumstances,” according to the release.

She fled Tanzania for Pakistan and later Iran, but she was forced out of both countries because of war. Eventually, she came to Atlanta, where she became a doctor at age 31.

Harjee’s goal with her scholarship is to help other young men and women go find opportunities to pursue their interests.

“This scholarship has a message of thank you to society for lifting me up in my trials and travails. I am also of the opinion that I must do within my power and ability to allow every deserving child the possibility of reaching their full potential,” Harjee said. “DeKalb County has a large immigrant and refugee population. I hope this scholarship can make an impact on this community—perhaps allowing one of the young people to fulfill the dream they never thought was possible.”

Scholarship amounts range from $500 to $3,000 and are payable to the school chosen by the recipient. Applications are due Tuesday, April 30, 2019.