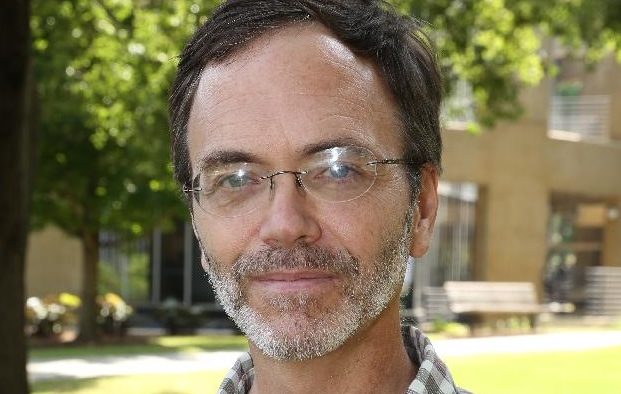 An alert Decaturish reader was skimming through scientific papers related to the first image of a black hole that was unveiled to the public last week.

The reader spotted a Decatur connection to the image, which was compiled using information provided by radio telescopes stationed around the globe, collectively known as the Event Horizon Telescope, according to the Associated Press.

The reader noted that David Smith, with MERLAB in Decatur, is listed as one of the collaborators on the Event Horizon Telescope.

Smith, who works full-time as a lecturer in the George W. Woodruff School of Mechanical Engineering at Georgia Tech, was shocked that anyone noticed his name among the hundreds of people who made contributions to the project.

“I’m astonished that anyone read the author list on the [The Astrophysical Journal Letters] publications in enough depth to spot me in there,” Smith said. “My role in all this was only as one of the lead engineers on the Large Millimeter Telescope (LMT) in Mexico. So, I’m one of the many folks who made one of the telescopes work, but I had nothing at all to do with the science and am not a black hole researcher or anything like that! The LMT is used for many types of observations, but it was very exciting to have it serve as an important piece of the [Event Horizon Telescope], and it was great that the telescope was working in time to participate, since it was (and is) the largest single dish telescope in the array.”

As has been noted in other articles, one of the most crucial contributors to the effort is scientist Katie Bouman oversaw the algorithm that led the creation of the image.

A black hole was predicted by the theories of Albert Einstein. According to NASA, “A black hole is a place in space where gravity pulls so much that even light can not get out. The gravity is so strong because matter has been squeezed into a tiny space. This can happen when a star is dying.Because no light can get out, people can’t see black holes. They are invisible.”

Or they were invisible. That changed on April 10, when scientists first revealed the image of a black hole in the Messier 87 galaxy, which is part of the Virgo galaxy cluster, according to Eventhorizontelescope.org.

“The image shows a bright ring formed as light bends in the intense gravity around a black hole that is 6.5 billion times more massive than the Sun,” the Event Horizon Telescope website says. “This long-sought image provides the strongest evidence to date for the existence of supermassive black holes and opens a new window onto the study of black holes, their event horizons, and gravity.” 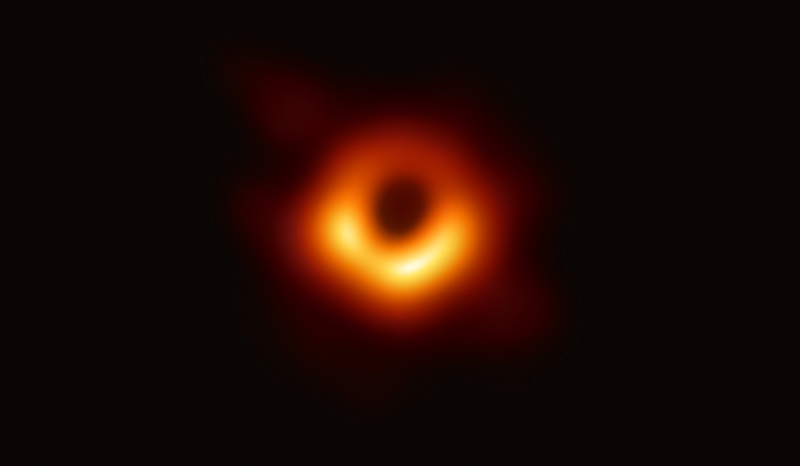 Smith, through his engineering firm MERLAB, helped ensure the Large Millimeter Telescope in Mexico was ready to go when it was needed.

“The [Large Millimeter Telescope] is a particularly important piece of the [Event Horizon Telescope] array because it is the largest single dish,” Smith said. ” … My contribution was helping to make sure that the telescope was sufficiently complete in time to participate and that the active systems (both the actively-controlled primary reflector surface and the overall telescope pointing systems) were functioning for the run.”

Smith grew up in Virginia, West Virginia and near Pittsburgh, Pa., but had grandparents in the metro Atlanta area. He moved to Decatur in 2000.

“We moved back to Georgia when my wife (Amy Lovell) was offered a position on the astronomy faculty at Agnes Scott,” Smith said. “When we came here, I went into private engineering practice, continuing with my telescope work. I had hoped to keep the business open long enough for my youngest child to enter school (three years), and ended up running MERLAB as my employment for about two decades, working on various telescopes in different countries around the world. I missed teaching, though, even with the occasional fill-in opportunity when someone would go on sabbatical somewhere, so when I saw that Tech was hiring a Lecturer in Mechanical Engineering, I was excited at the possibility. Engineering is a fun occupation, and it’s fun to work with scientists, because they are always pushing the envelope in some direction, so I’m hoping I’ll still be able to continue to practice beyond the classroom.”

He said he has not closed MERLAB, but teaching takes up most of his time these days.

Smith said he had a chance to view the image of the black hole long before the general public did.

“Since the collaboration was kind enough to include me on the author list, I had the chance to see the picture a few weeks ahead of the big reveal,” he said. “Even so, I think my first thought was something like, ‘Wow! It worked!’ I’m sure there are difficulties that I’m not even aware of, but just getting this many telescopes to work well at such short radio wavelengths, have good weather, and to account for all of the different effects in the data crunching is impressive. My hat is off to the science team who had to design the experiment and correlate all of the data to generate the image.”

So what’s the next photo of the universe Smith would like to see?

Smith said it would be, “Any snapshot, taken by me, from the lunar surface.”